These photographs were taken on an outing to Richmond Park with a patient and occupational therapist Brendan. The patient is a filmmaker so it was a great opportunity for him to participate in an activity he was interested in. As he was interested in reflections, we experimented with mirrors which created some interesting results.  As part of his rehab goal, the patient also showed a selection of his films to other patients in the Assembly Room. 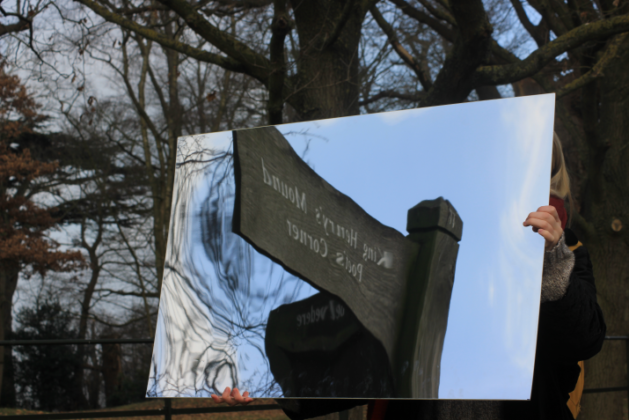 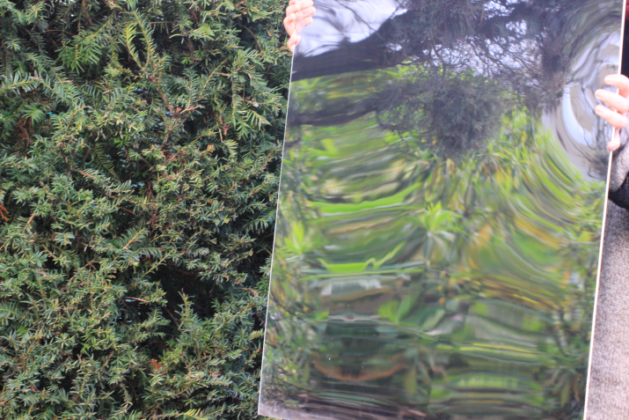 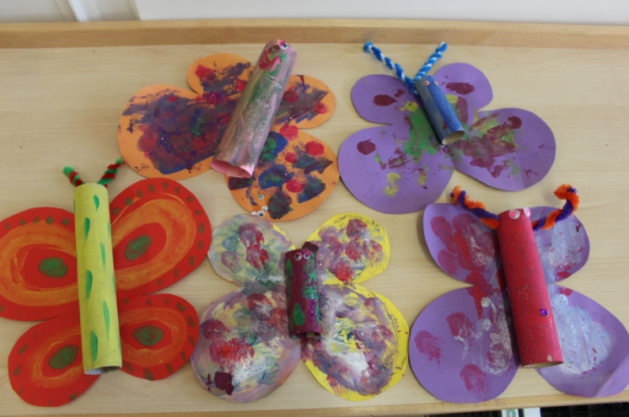 A patient saw an old stool on the ward that he wanted to fix, so we brought it down to the art room and for the last couple of months he has been doing a great job at sanding it. The activity has been very useful in practising his attention to a task, his ability to sequence a task and exercising movement, while doing an activity he really enjoys. 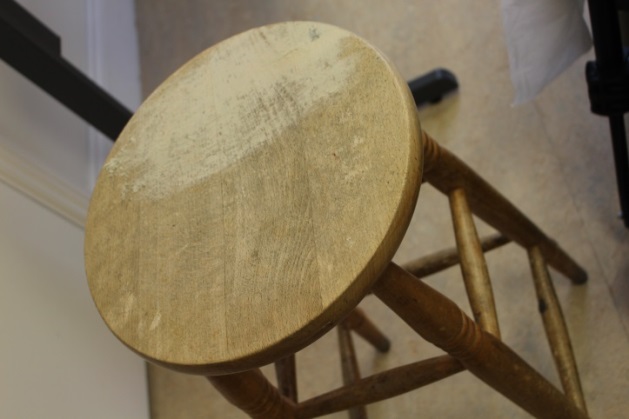 We began February with Valentine’s Day hearts to decorate the ward. With lots of different options, from painting, sticking and printing, the activity was good for choice making and working together on a collaborative project.

We also had a go at mark-making in clay to create a selection of tiles. It was nice to try out different materials with the group, and for patients to glaze their tiles in the following session. 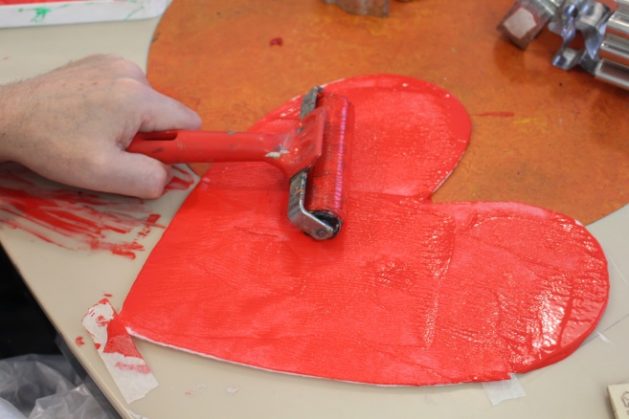