The Second World War and the evacuation of patients 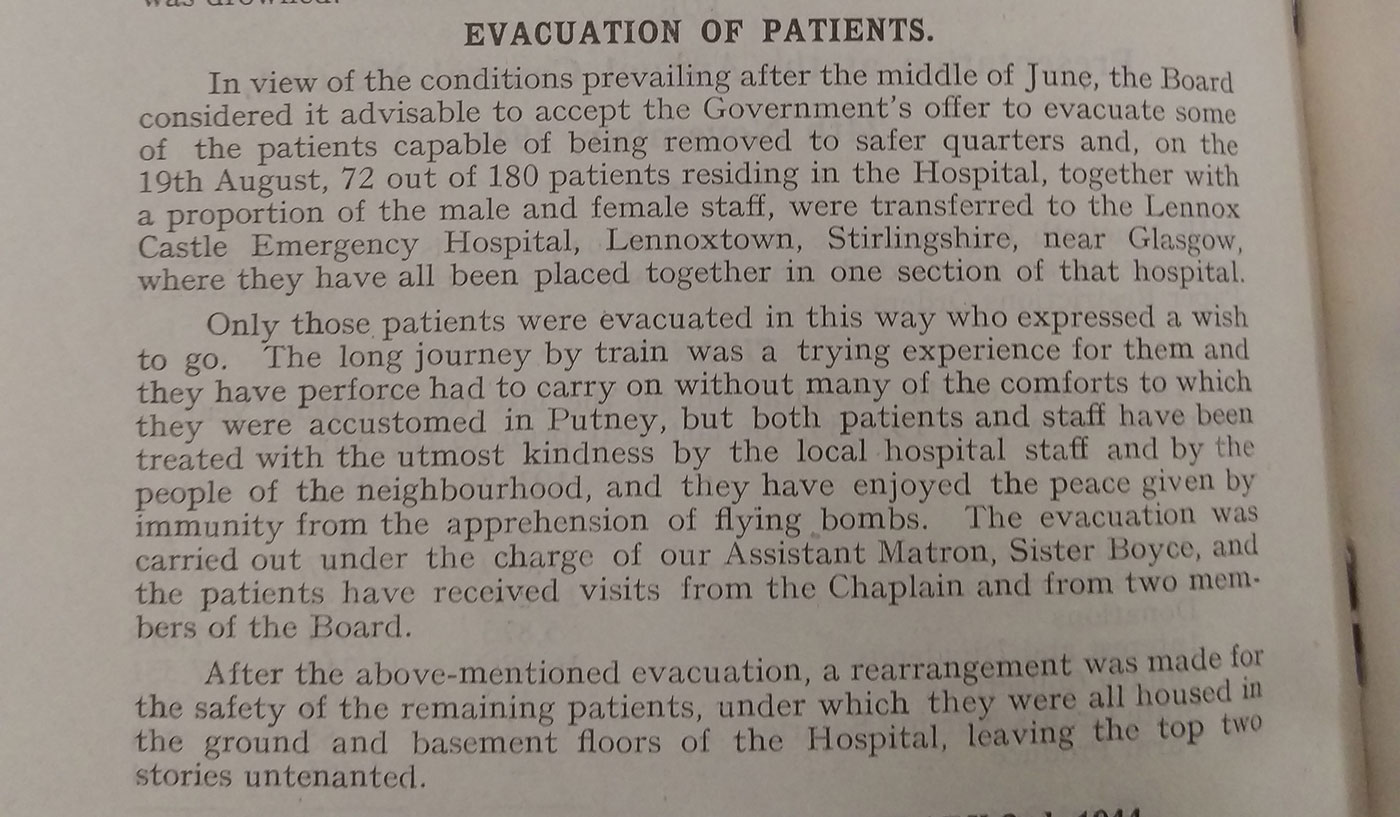 War preparations began at the hospital in earnest in 1938. Patients had the option to leave the hospital and stay with friends, and receive a pension until the war ended. By 1939, up to 50 patients had left, with only 180 remaining. By 1944 a new threat posed by the V-1 flying bomb caused another mass evacuation. In August 1944, 72 patients, the assistant matron, nurses and male attendants left for Lennoxtown, Scotland. Most of the evacuated patients returned to the hospital after the war, with some, such as Miss M Barnes, being away for six years.