Admissions about our admission case books

This month, we promised you a glimpse into our admission case books and here is the star of the show…

We are so fortunate to have a full record of all the patients who applied for admission to the hospital from 1854 onwards. These case books provide a wealth of information, including; the applicant’s full name, address, date of birth, marital status, medical condition, occupation/former occupation, duration of illness, means of financial support, the admission decision, admission date, and notes on whether they were dismissed or deceased.

Being amongst our most frequently-requested records, the case books were some of the first of our archives to be digitised. To make them more accessible, they are currently being transcribed by our wonderful team of volunteers. Here are their thoughts:

“The transcription work that I am currently involved in with the RHN has enabled me to look into some really interesting cases. I have been able to improve my palaeography skills through transcribing the cases, particularly through the different spellings that often occur and understanding what has been written. When doing the transcription, I am always really interested in seeing where the patient lived, especially as I am not originally from London myself so it’s always really fun figuring out where places are! I’ve really enjoyed my time transcribing the cases, reading about patients from the past, and knowing that my contributions are important for the archive at RHN.” – Lucy

“Having recently joined the project, the transcription of the admissions case books has so far already revealed the range of diseases and conditions which patients applied to the Hospital with. This could range from paralysis, epilepsy, rheumatism, cancer, consumption, injuries from accidents, deafness, blindness and cataracts. We can also learn how long patients had suffered from these conditions. From this, we can build a picture of the early patients in the Hospital who were deemed ‘incurable’ by the Victorians. As someone who is interested in social history, the case books offer a fascinating insight into the lives and backgrounds of early patients. Of particular interest are those who were declined admission for being ‘pauper’ cases which indicated the need for patients to have some form of financial support or backing in place before being admitted. Learning about the ‘means of the applicants’ from the case pages we can see that patients were more often dependent on family and friends, while some were relying on pensions, annuities and parish relief funds for support. In a few cases, a means of living was obtained working as a needlewoman, an occupation usually undertaken by working-class women who were poorly paid for very long hours of work. I have also discovered patients who had their securities backed by Lord Leigh of Stoneleigh Abbey and Earl De Grey and Ripon. The admission case books are a rich resource for not only learning about the medical conditions of the early patient but also for finding out about their social and economic backgrounds. From this, we can gain a better understanding of the lives of those facing severe and debilitating illnesses at a time when very little support was available to them. I am looking forward to discovering more fascinating details of the early patients to the Hospital.” – Becky

“Working on case book 3 (1863 to 1866), it has been interesting to see the conditions which patients accepted for support were suffering from. There were many of the kinds of conditions that might be expected in the history of a hospital which now specialises in the care of patients with neuro-disabilities – for example, epilepsy, paralysis, spinal injuries and chronic rheumatism. But there were also a number of other conditions, particularly tumours and tuberculosis.
It has also been eye-opening to see the reasons why patients were not accepted for support, including some of the rather “Victorian” wording. These were generally patients whose conditions were not considered serious enough for them to need support from the hospital, patients considered to be adequately supported through other means (parish relief, etc.) or patients who were paupers (and for whom it was considered that a workhouse would be a more suitable place to help them). But some of the actual terms include wording we would think twice about using today: “Declined, as not disqualified for the duties of life”, “Declined as not sufficiently needy”, “Declined, as of inferior social position” and “Declined, having a husband”!
Alongside this, although most patients seem to have benefitted from the support of the hospital without any recorded incidents, occasionally the case books reveal something a little more unexpected. One female patient was supported at home by a regular pension from the hospital for nearly 20 years. This was stopped on her admission to a “lunatic asylum” but the same patient reappears in another case book some three years later – happily, she seems to have been discharged from the asylum and her pension was resumed. Rather differently, another patient was “admonished for being the worse for liquor” during his time as a resident at the hospital. Then there was the patient who was being supported at home but had his pension suspended after reports that the lodging house kept by him and his wife was of “ill repute”! This was confirmed by a visit from the hospital secretary and the pension remained suspended until he was moved to his sister’s house, she being considered a “respectable person”!” – Kathryn

If you’ve been inspired to take a closer look at these unique and informative items, then email the RHN Archivist

Archives of the month

Sandwiched between Wimbledon and the Commonwealth Games is the #ExploreYourArchive theme of #Sport.

To celebrate, here are some sports-related photos from our annual reports from the 1980s, including our patients playing wheelchair tennis and taking part in hydrotherapy and physiotherapy: 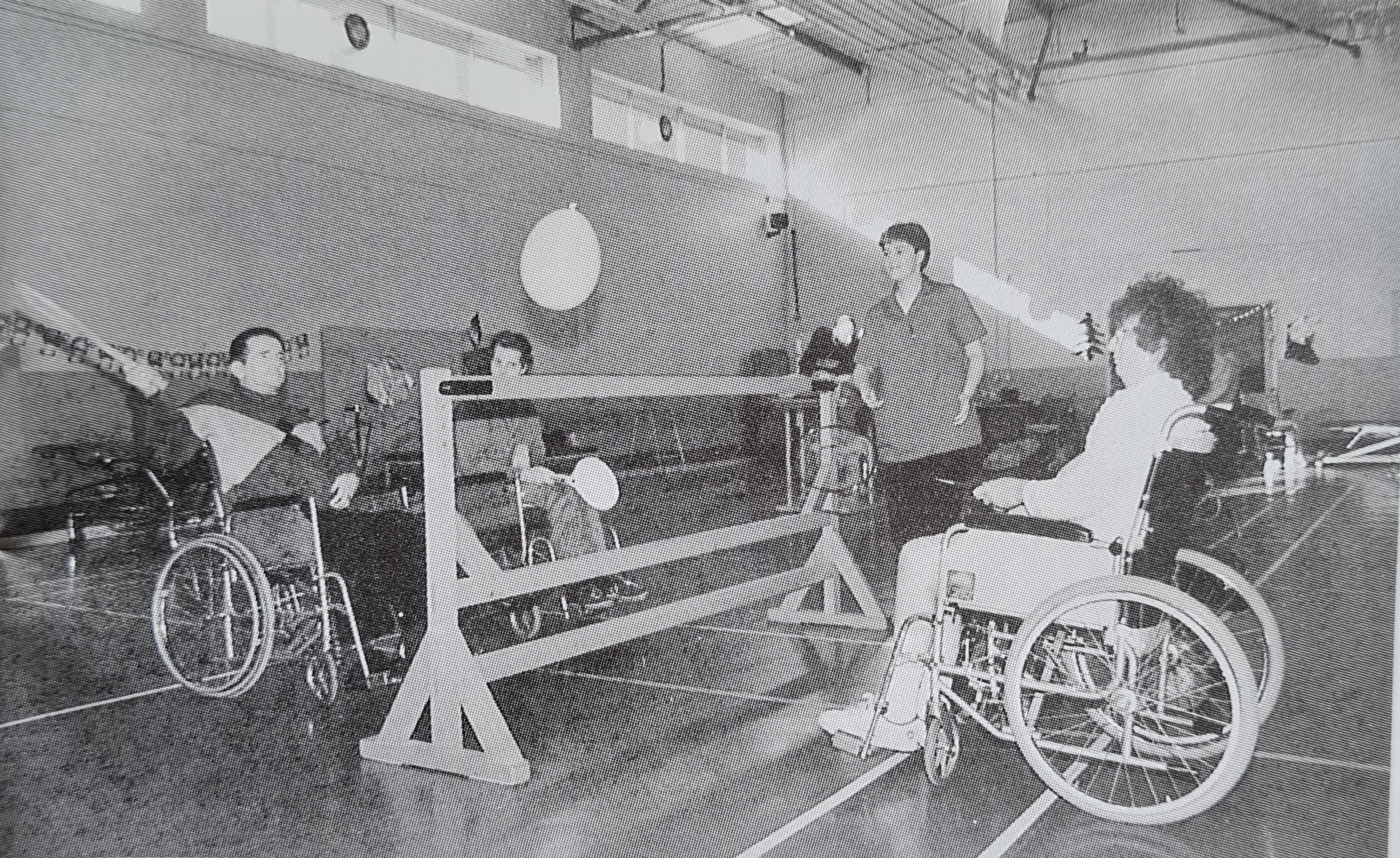 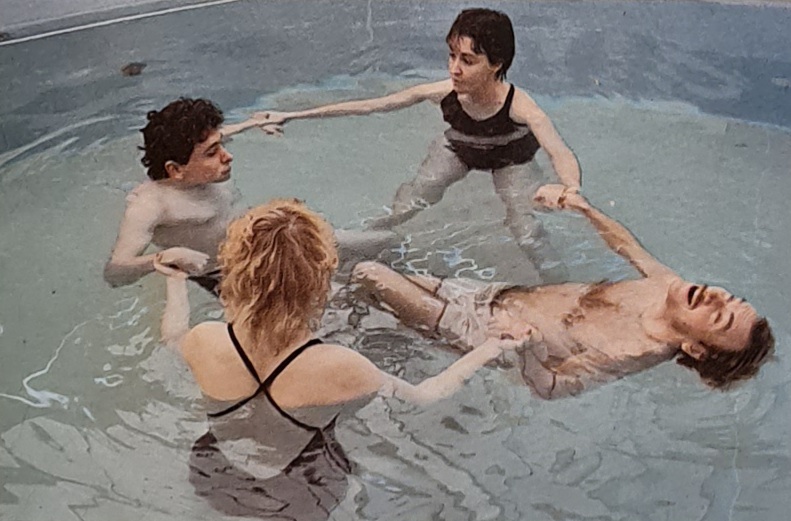 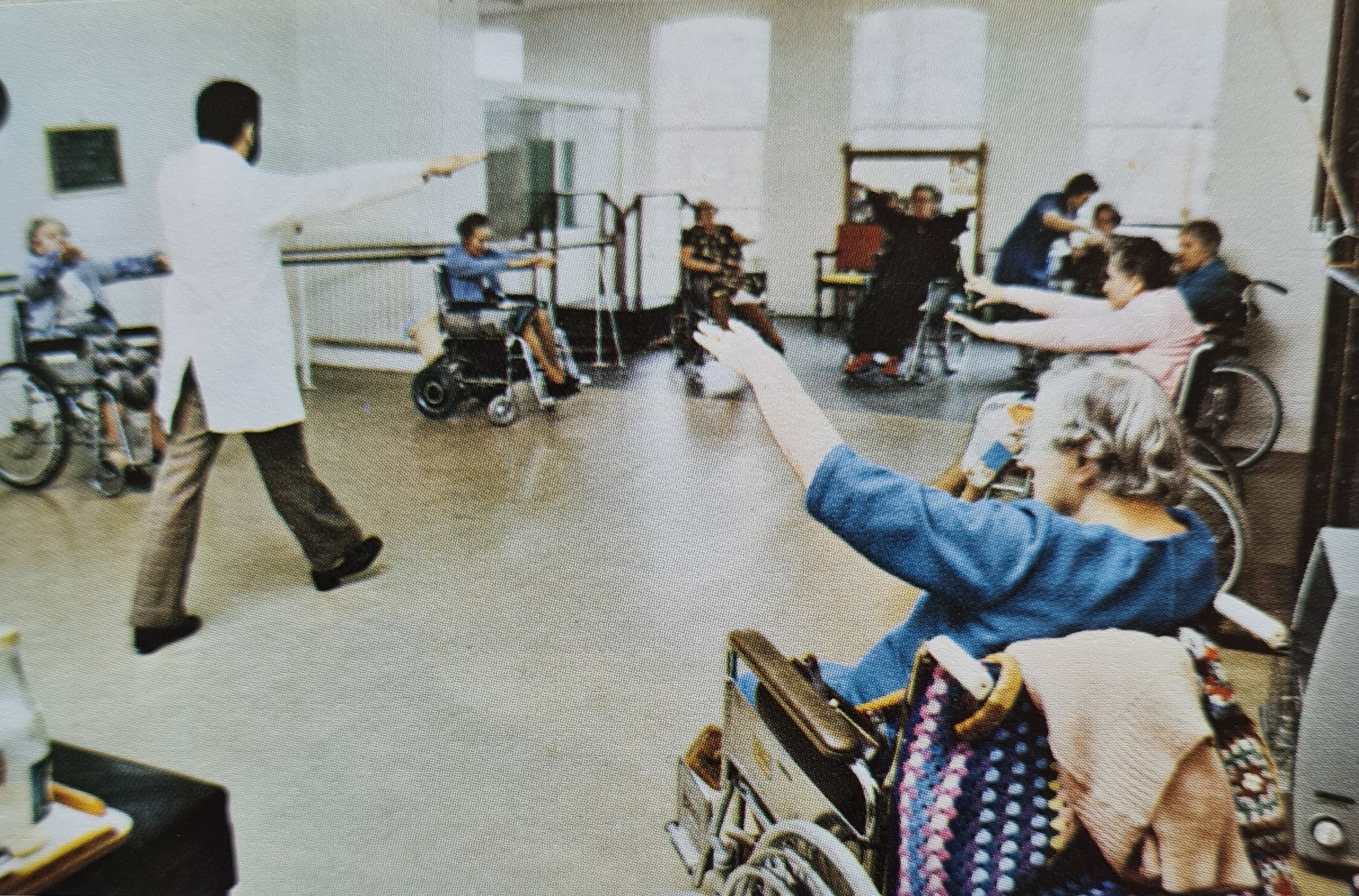 We can’t resist showing you a photo from our outdoor exhibition, which is part of our National Lottery Heritage Fund project. How lucky are we to have such beautiful weather to accompany it?! 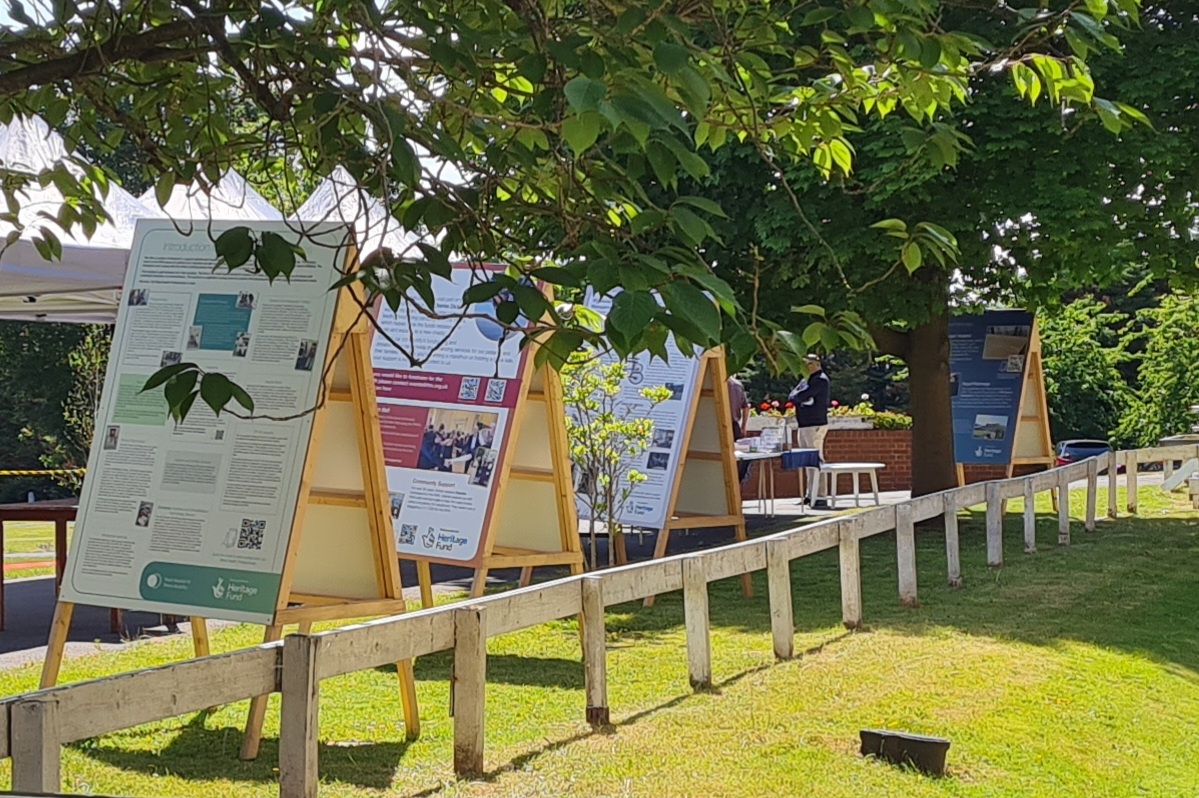 August is holiday season so, rather fittingly, we’ll be telling you a bit about our historic seaside homes in St. Leonards on Sea and Brighton.

We can’t wait to see you then!