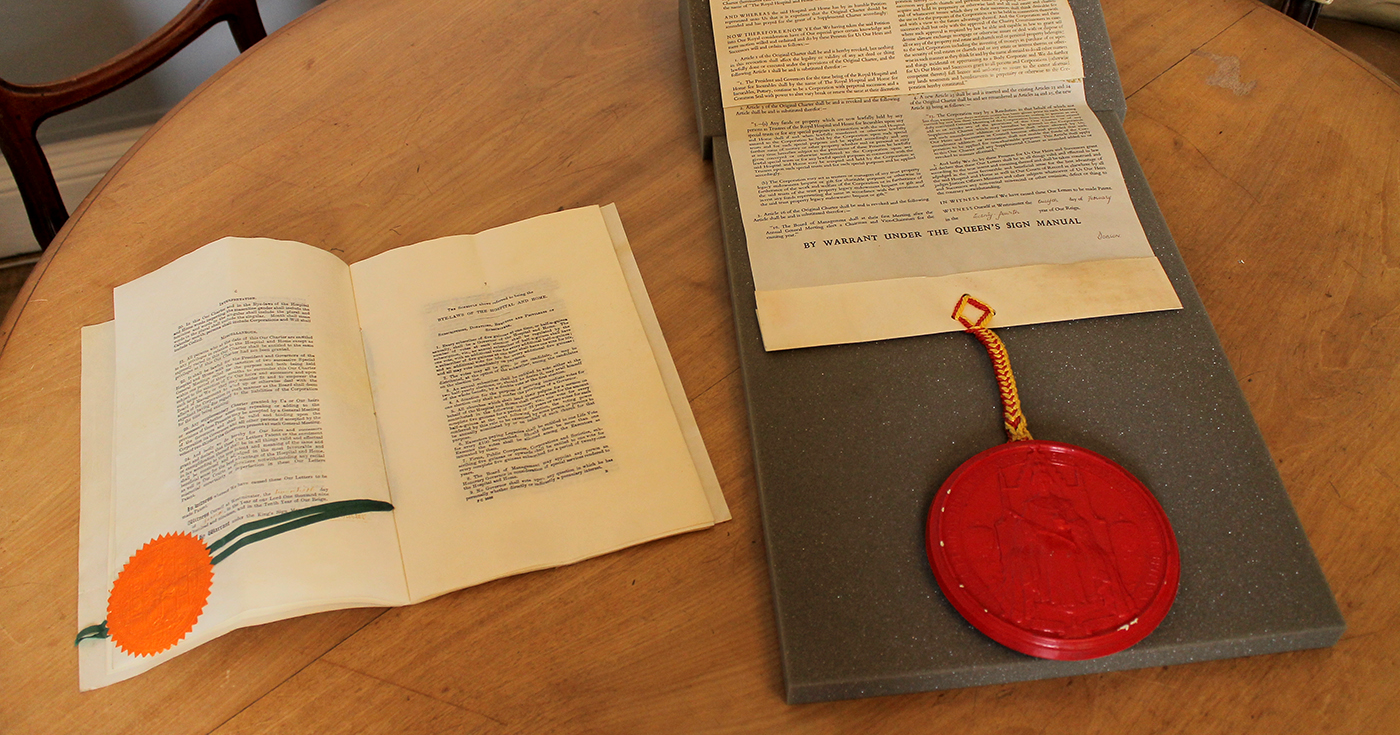 20 June 2019 marks the 100th anniversary of the RHN being awarded a Royal Charter by King George V. The actual charter was recently conserved, along with the amended charter awarded by Queen Elizabeth II in 1976.

What is a Royal Charter?

A Royal Charter is a formal grant issued by a monarch. It confers independent legal personality on an organisation and defines its objectives, constitution and powers to govern its own affairs. Incorporation by Charter is a prestigious way of acquiring legal personality and reflects the high status of that body.

According to the Privy Council there are now over one thousand Royal chartered bodies. The first organisation to receive a Royal Charter was the University of Cambridge in 1231. The Royal Hospital for Neuro-disability became the 618th company to receive their charter in 1919. The last company to receive a charter was the Police Roll of Honour Trust in 2017. Other famous fellow chartered bodies include the BBC, the British Red Cross and the Honourable Company of Air Pilots.

In the archives of the RHN, we hold the original charter of incorporation awarded by King George V and a supplementary charter awarded by Queen Elizabeth II in 1976.

The original 1919 charter was made up of five folded pieces of parchment secured together with a pamphlet stitch of green ribbon and a thick pale green thread. Surprisingly, the 1976 charter was in worse condition as the parchment had been cut and glued back together to form one sheet, rather than two separate sheets rolled together. This charter also had become detached from the large acrylic seal, which would have hung at the bottom of the page.

The seal displays detailed portraits of Queen Elizabeth II in relief, one on horseback and the other of her coronation.

Both these documents required work by professional conservators to ready them for public display. We did this work to mark their centenary and to ensure they are preserved to mark future milestones.

Completed by the National Conservation Service, the conservation process, including the cleaning and flattening of both charters, took one month. The charters are now in our archive store. 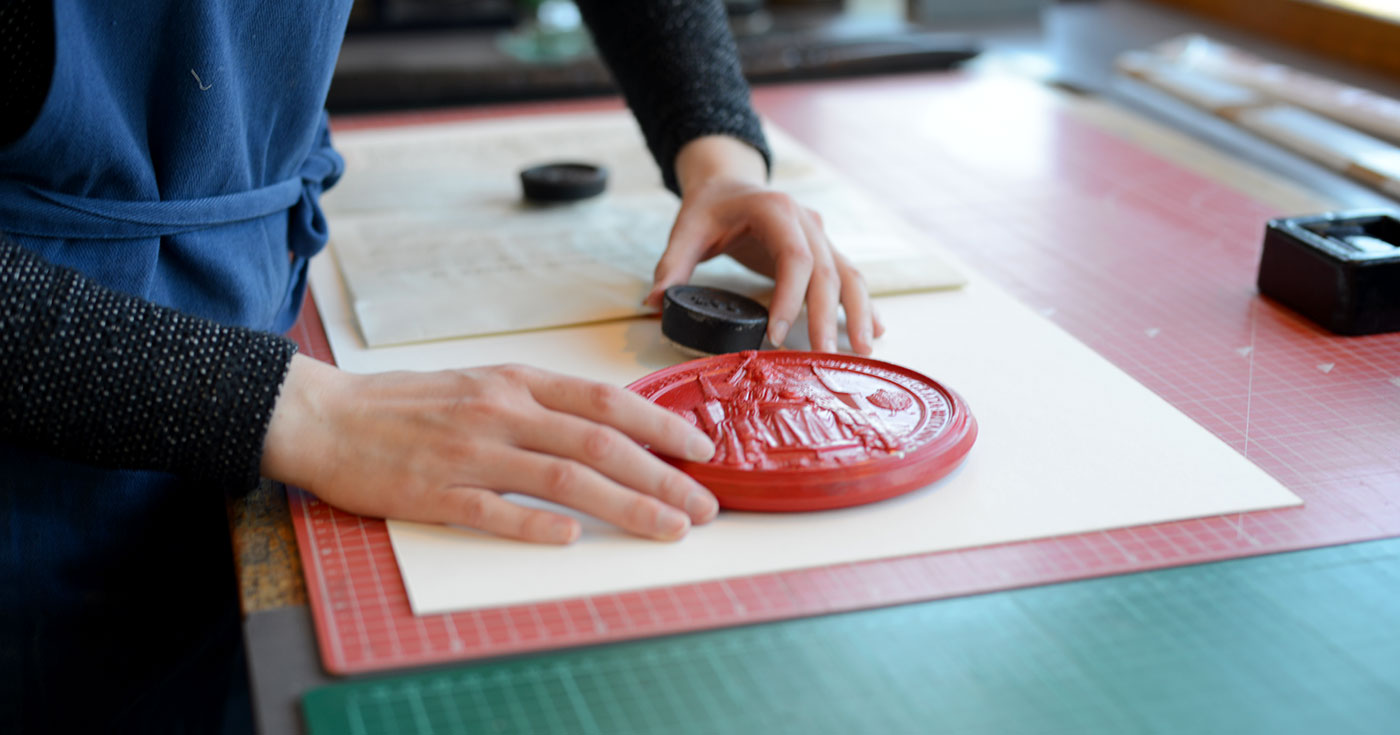 History of Royal patronage of the RHN

The hospital was founded in 1854, and from its earliest days was referred to as the ‘Royal Hospital’. There don’t appear to be any records confirming if permission was ever sought to use ‘Royal’ in the title, but it’s assumed that the hospital’s founder, The Reverend Andrew Reed, was confident of obtaining it, as he had done with his previous charitable institutions.

Mr Reed’s death in 1862 likely made it harder to obtain, with evidence in the committee minutes that the board repeatedly applied for Royal patronage in the 1860s.

Royal support existed in this period with the Prince of Wales (later King Edward VII), agreeing to lay the foundation stone for the new wing in 1879, followed three years later with the Duke of Connaught opening the new wing.

By 1903, it was finally confirmed by King Edward VII, that the hospital could continue to be ‘Royal Hospital of Incurables’ even though it had been called this for almost fifty years.

The hospital committee board only began seriously considering applying for a Royal Charter of incorporation after the British Home for Incurables (BHI) obtained a charter in 1899.

The board wanted to distinguish their charity from the BHI, so set about obtaining incorporation. After a long period of inactivity, procrastination and changing the hospital’s name to ‘Royal Hospital and Home for Incurables’, the application was made in 1918.  On 20 June 1919, the charter was finally awarded and since then, Royal patronage has been a staple of the RHN with an unbroken line of patronage to the present day with HM Queen Elizabeth II.