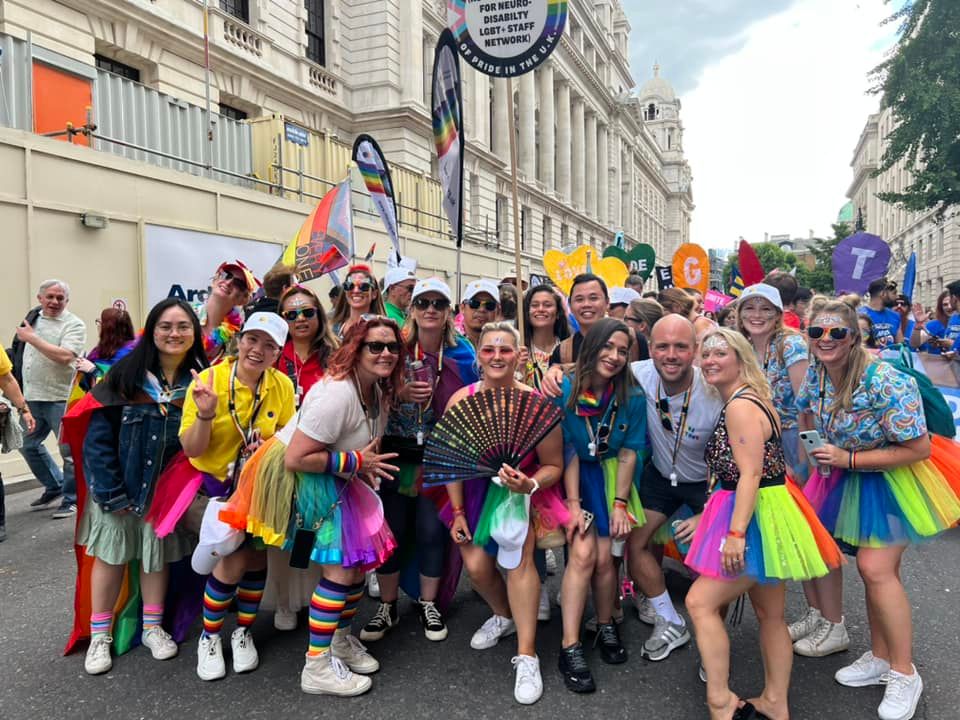 On Saturday 2 July, staff at the Royal Hospital for Neuro-disability (RHN) attended the 50th anniversary of the Pride in London parade.

The Pride in London parade is the UK’s largest LGBT+ pride event and attracts millions of attendees each year.

The event had not taken place for two years and marks a first for the RHN as 58 members of staff attended with an ambulance to represent the hospital.

Staff Engagement Lead, Kaleb Lloyd, who organised the event on behalf of the RHN said, “‘it was an amazing day joining over 1 million others to celebrate 50th years of Pride. It was the first time for the RHN (Pride@RHN LGBT Staff network).”

“I am so proud of all of our LGBT+ staff and allies who marched and celebrated. I can’t wait for next year’s parade as we go bigger and better.”

Lesley Mill, Director of Service, said “the representation of staff from all areas across the hospital was incredible to see. We came together as an RHN community to champion diversity. It was a wonderful atmosphere and something truly special to be a part of.”

The RHN is proud to be a diverse and inclusive employer. Want to join the team? Take a look at our latest vacancies.