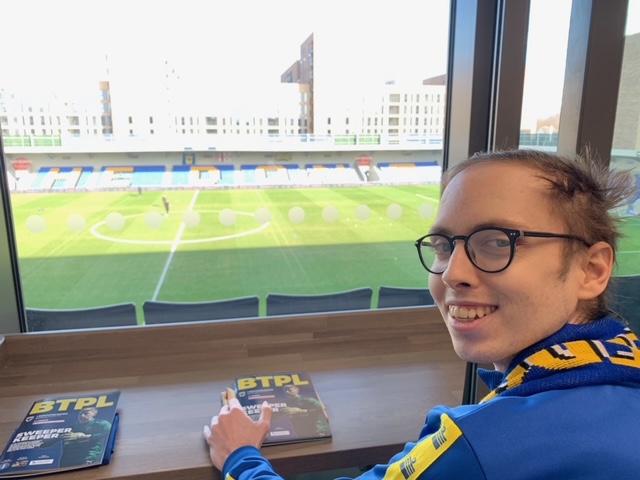 It is true, “if you don’t ask, you don’t get”. So, when Royal Hospital for Neuro-disability (RHN) resident Cameron asked if he could go and watch his beloved team AFC Wimbledon play at home, the RHN simply had to make it happen.

Thanks to the combined efforts of the RHN’s social work and fundraising teams, AFC Wimbledon generously supplied tickets and access to a corporate box.

Cameron was accompanied by his dad Martin, and two members of staff, to comfortably watch the mighty Don’s draw 2-2 against Doncaster FC.
Cameron, 23, has been at the RHN since early 2020 after a cancer-related brain injury that not only affects him physically but also impacts his ability to retain information and memories.

Cameron has not let his condition hold him back and he still manages to do everyday tasks unaided.

Cameron is local to the area and has supported AFC Wimbledon since childhood and is a season ticket holder. A true “Womble” as the fans are known. Cameron remembered the excitement he felt in the morning and was delighted to be there on the day. Cameron had not been to a match since being admitted to the RHN, due to the stringent measures put in place to protect people from COVID-19. 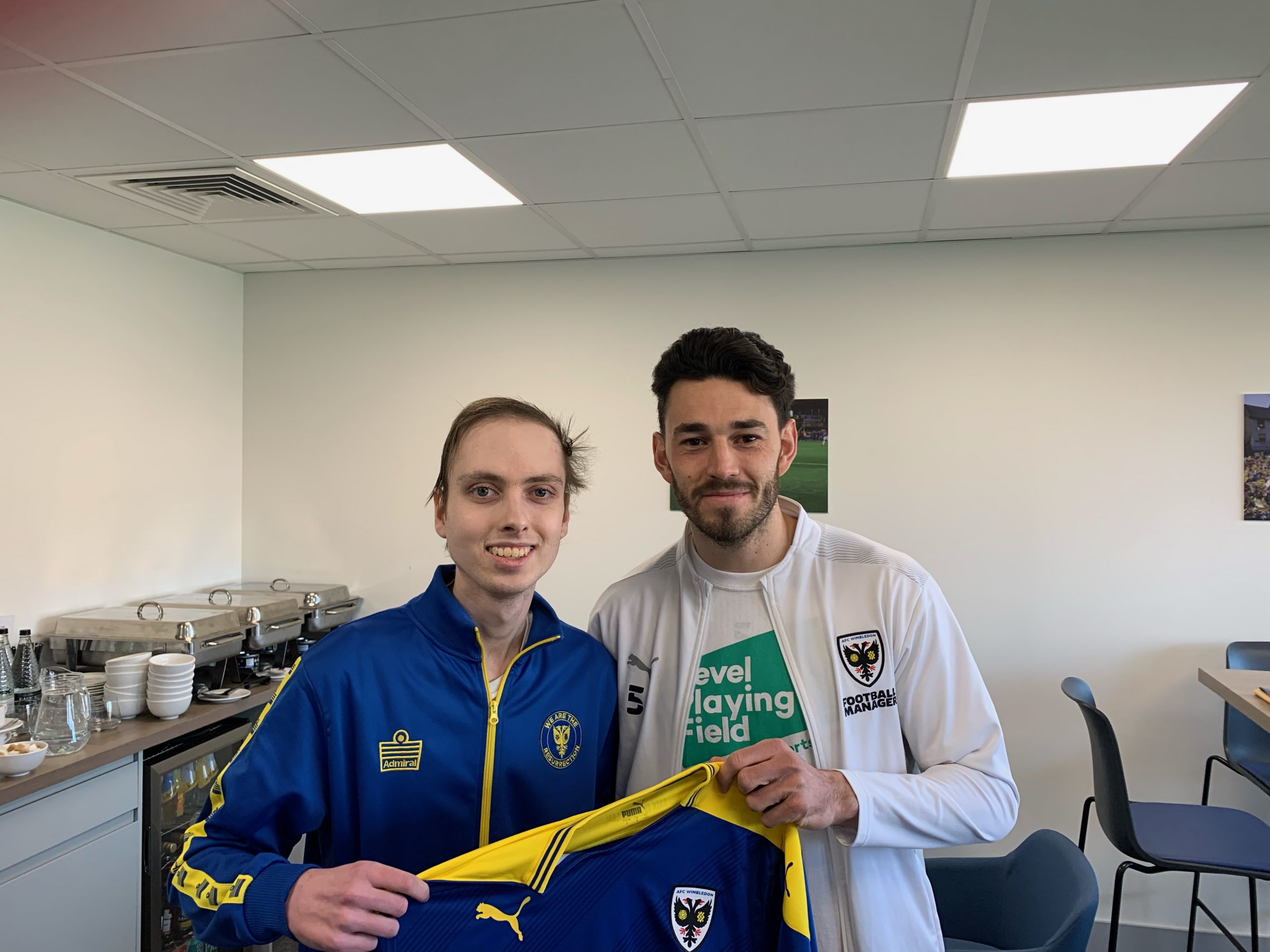 Cameron recalled meeting most of the squad and is photographed above meeting his favourite player, defender Will Nightingale. Will presented him with a signed shirt and the match ball, to add to his already vast collection of Womble memorabilia.

With restrictions now easing and as the nation learns to live with COVID-19, Cameron looks forward to regularly attending games. Cameron’s next trip to The Don’s was on Good Friday.