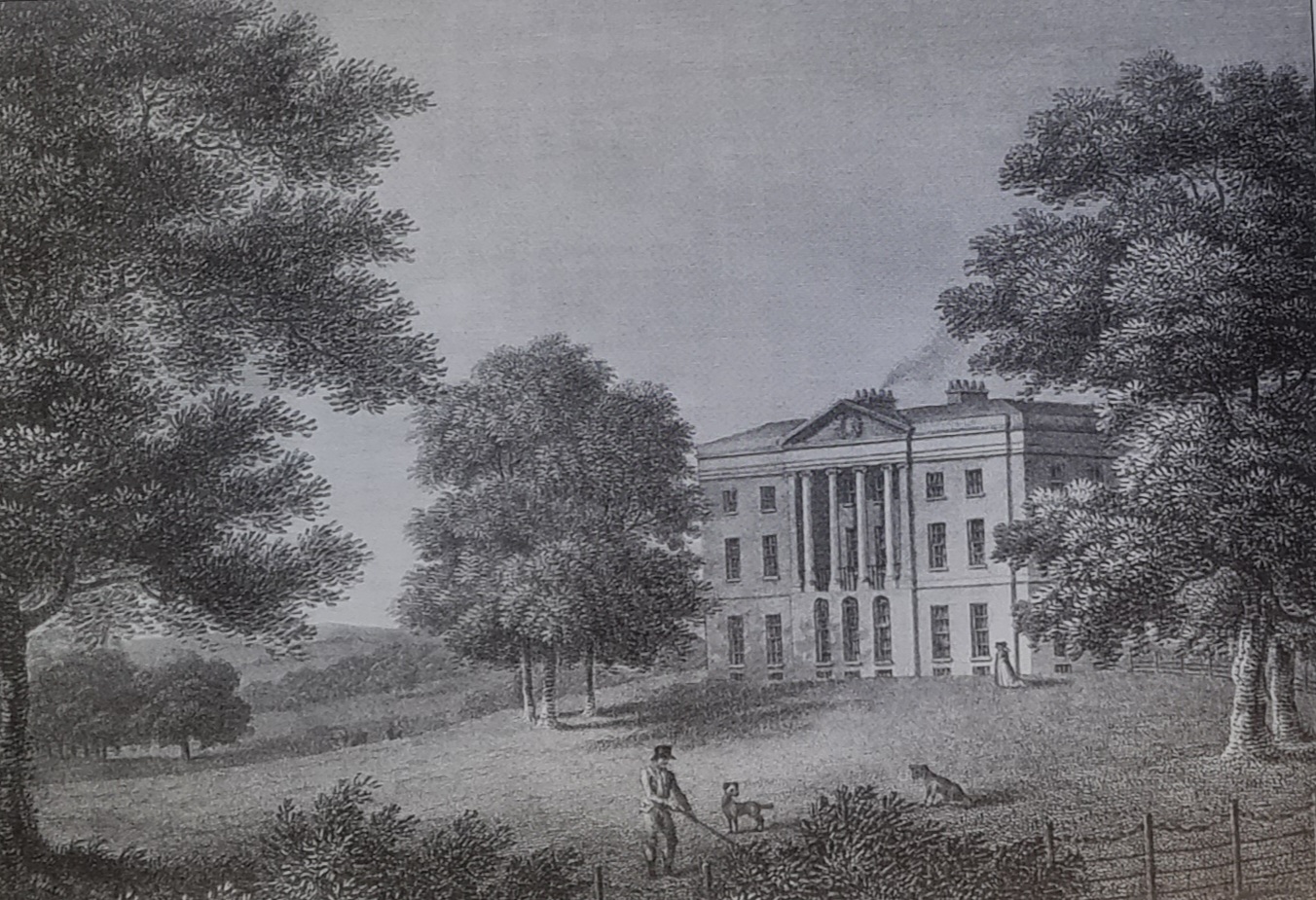 In 1863, the building on the edge of Putney was described as having land with a farmyard, a carefully stocked kitchen garden, and a dairy as well as an entry lodge and surrounded by an oak fence. The hospital soon began to make alterations to the manor house and added a north wing to the property, followed in 1867 by a south wing to the original building.

The charity continued to grow and by 1878 a new extension was considered. 1879 to 1881 were the years known as ‘The Great Extension’. The new building (260 feet in length) would become the hospital’s central block, with its frontage on West Hill to allow further future extensions at its northeast end. In 1879 The Prince of Wales laid the foundation stone for the building of the ‘New Wing’, which allowed for the accommodation of one hundred further patients, as well as day-rooms and dining rooms on the ground floor and a basement to house the domestic and catering staff.

Although the ‘pavilion platform’ design (where wards could house 30 beds) was being used for new general hospitals in the 19th century as a remedy to hospital disease, at the Royal hospital these extensions (by WP Griffith) developed from the original building as a ‘corridor plan’ instead, with small sideward. This design had been more dominant in the first half of the 19th century and favoured more homely wards, with a maximum of an eight-bed ward. In her correspondence with the Andrew Reed, Florence Nightingale indicated that she was a firm advocate of the ‘pavilion platform’, objecting to smaller wards, citing “Privacy does not extend beyond the bed on each side of the Patient [sic]. And if he has one bed on each side of him, he may as well have ten”. The new wing was designed with a spine corridor, and the need to accommodate convalescents also led to the provision of day rooms, sitting rooms, verandas and the Assembly Room. 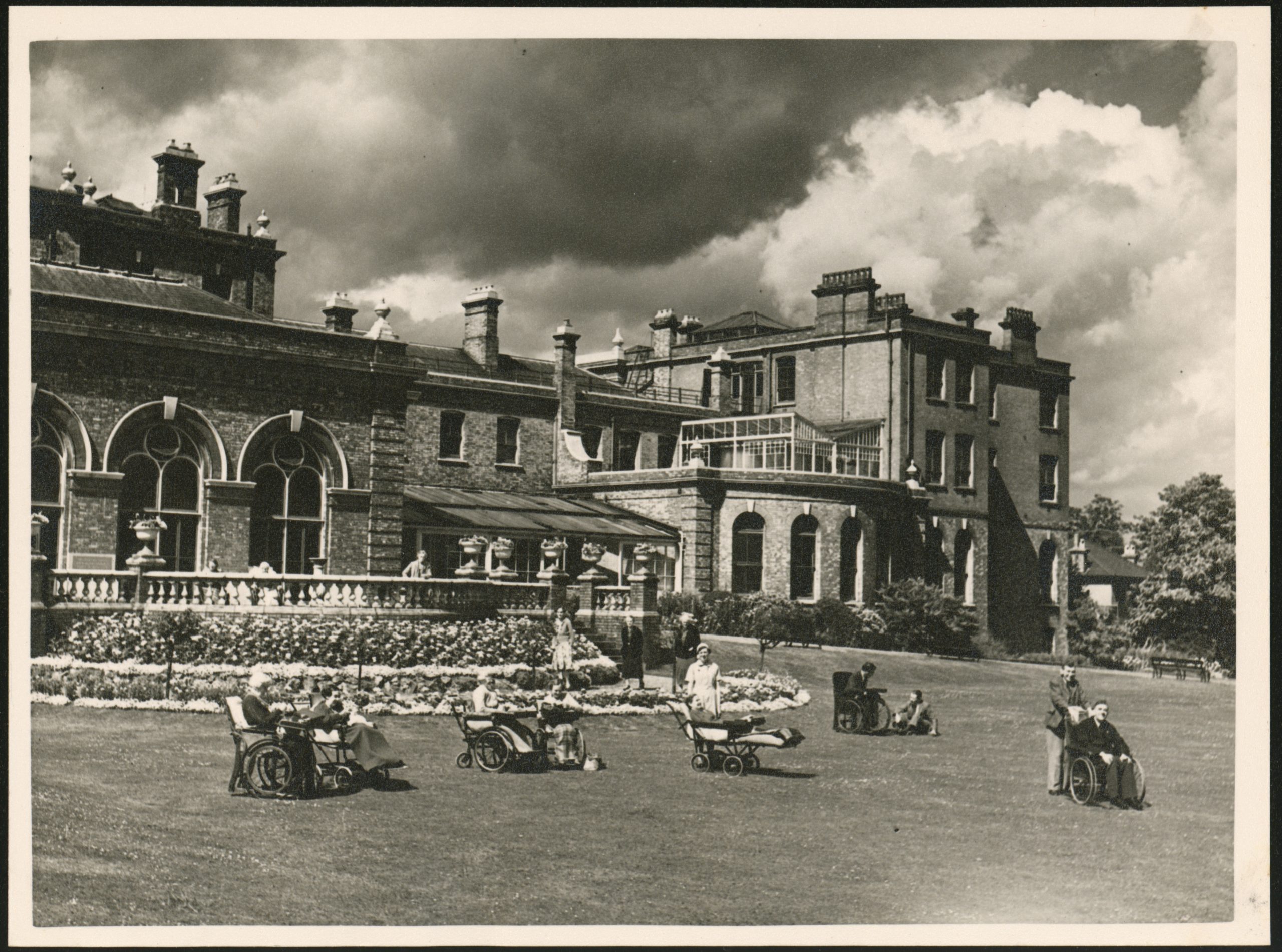 Throughout the 20th century to the present, there has followed a series of regular developments to the original Melrose Lodge. For example, T M Restell (from Brighton) bequeathed a sum of £6,000 to the hospital, on the condition that a new wing was added to the buildings. The Foundation Stone was laid by Mrs Restell herself on October 16th 1901, and the W. and T. Restell Wing which accommodated an additional twenty patients was opened by HRH Princess Christian a year later. In 1909, following the proceeds of a donation by Anna Louisa Russell Walbo-Sibthorp, the De Lancey Lowe room was built in memory of her first husband, Edward De Lancey Lowe (d. 1880). De Lancey Lowe had a distinguished military career in India. In 1930, the dining rooms were extended, and the men and women were merged for the first time. 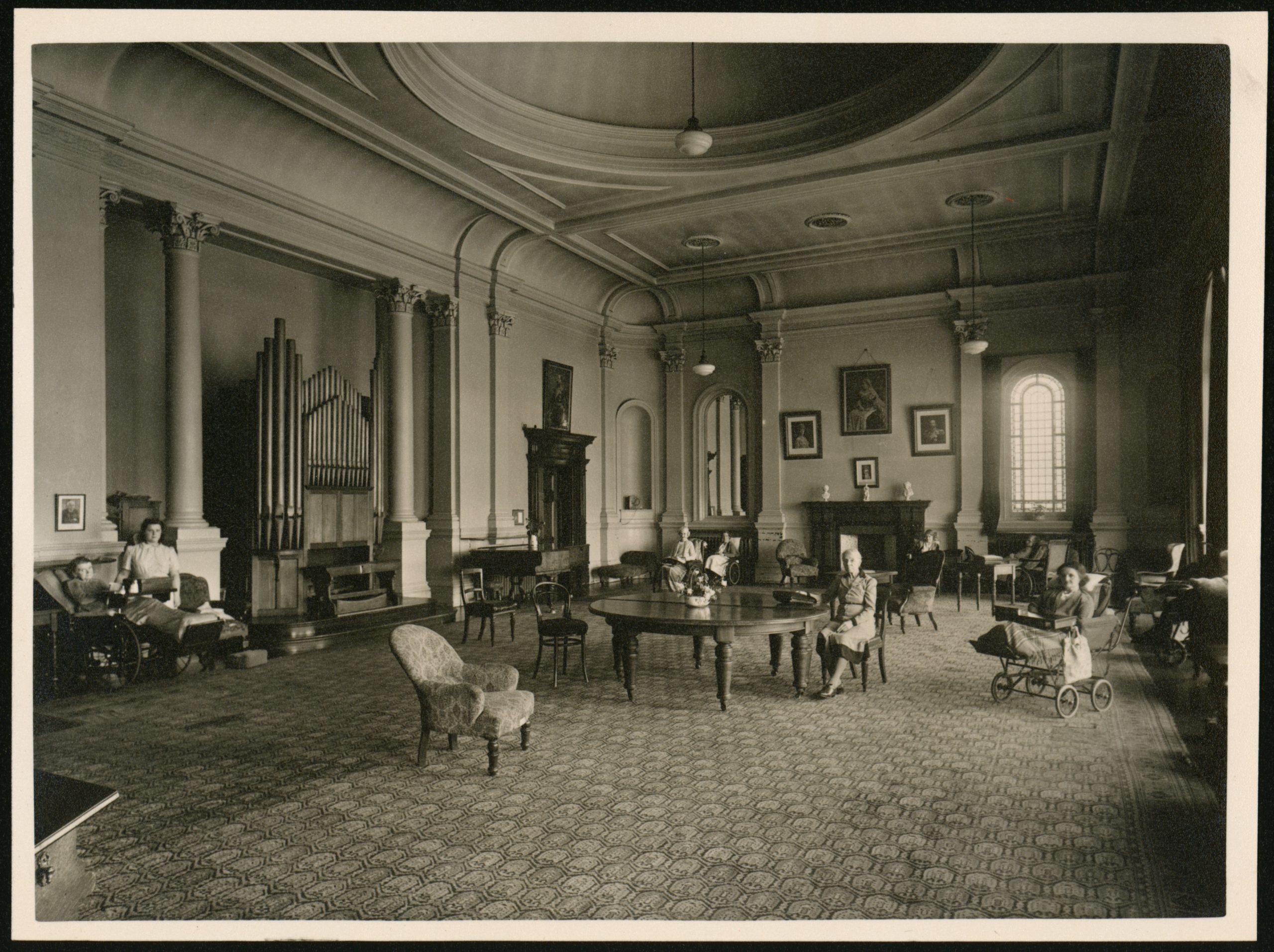 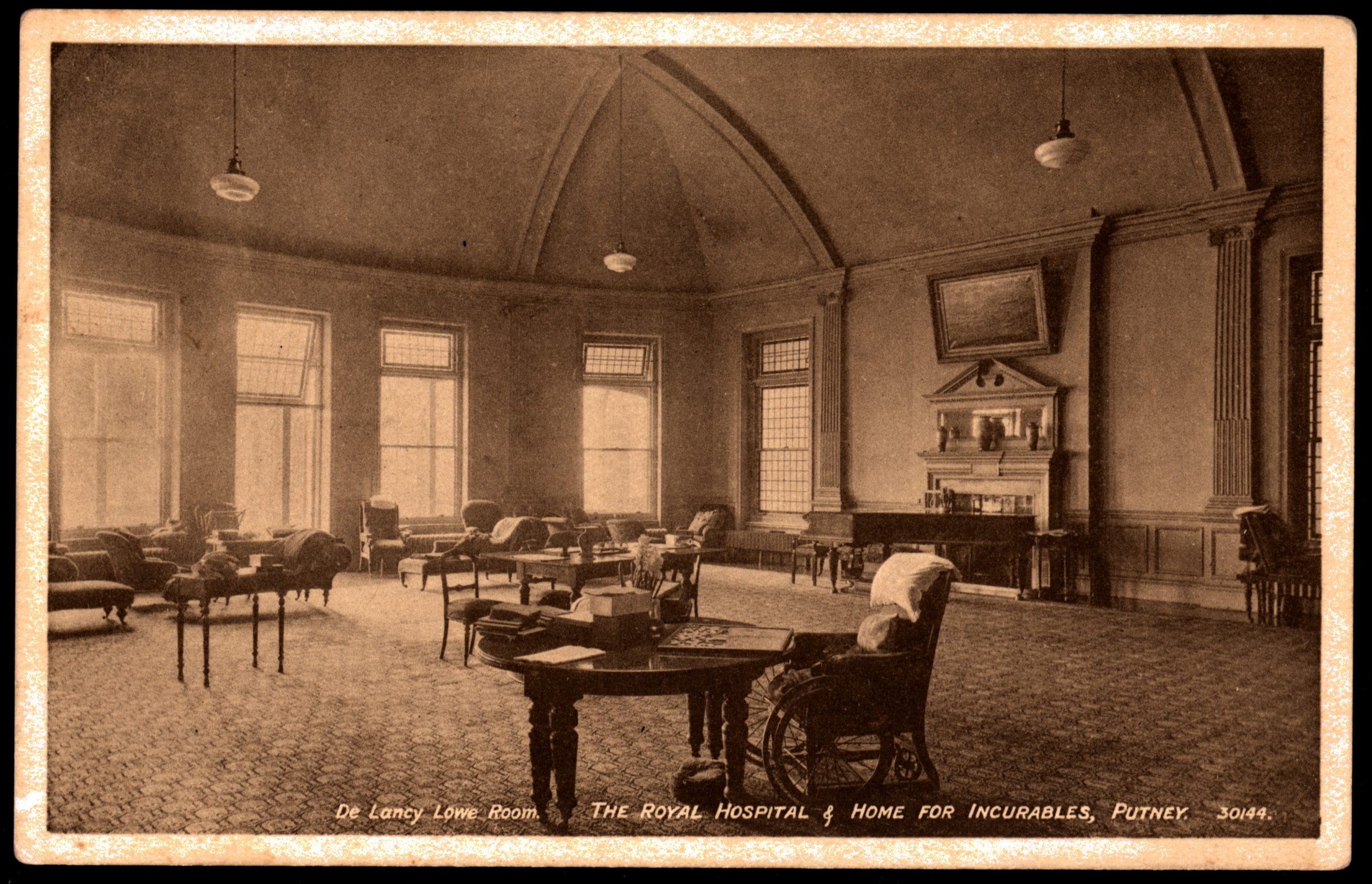 The hospital building was damaged during the First World War by anti-aircraft shells and by 1928 it was considered that the accommodation for male patients was not sufficient and more extensions were required to be carried out. Before this, however, was the urgent need for a Nurses’ Home. Up until 1935, nurses had lived in the hospital itself, after much deliberation, they were to be given their own accommodation. This is the building recently renamed Bellringer (after the RHN’s first matron) and stands behind the Holy Trinity Church. It was opened by the Duchess of York (the late Queen Mother) on 24 July 1935 and today it houses 80 of the hospital’s 400 nursing staff.

The hospital sold a large portion of its land to the London Borough of Wandsworth in the 1960s. Ten and a half acres were converted into the ‘Beaumont Road Housing Scheme’ to replace the hospital’s orchards. Within the hospital grounds, a new development – the Chatsworth Wing – for 30 young patients was opened by HM The Queen in May 1976. A research unit was proposed in the early 1980s to carry out work on the effects on the brain of multiple sclerosis, strokes and head injury. Further extensions include the Alexandra Wing (1980); Draper’s Wing (1985); Haberdasher’s House (1991); the Neuro-Behavioural Rehabilitation Unit (1997) and Goodman House (2000).

In March 2013, the section on the ground floor of Draper’s Wing that used to be the day hospital was converted into a state-of-the-art ward to provide specialist care to patients requiring long-term invasive ventilation. This new ward was named Jack Emerson Centre after the developer of the modern-day ventilator. In 2019 Haberdasher’s House which used to host the transitional living unit was modified to accommodate a young adult unit that is welcoming patients with learning disabilities. Finally, in 2021, Erwitt and Cathcart wards were refurbished and merged into one larger ward that was named after our founder, Andrew Reed. The ward that used to have this name was equipped to be able to welcome patients who needed ventilation as JEC was full and there was an increased demand. The ward was named Leonora after our president, Countess Leonora.

With the ever-moving landscape of healthcare, the institution is continuously adapting its buildings to meet the changing needs of the patients. Its capacity to adapt not only its practice but also its environment may be one of the reasons for its longevity. The one that many now refer to as “that big building at the end of the A3” grew, evolved and adapted and the process is ongoing. 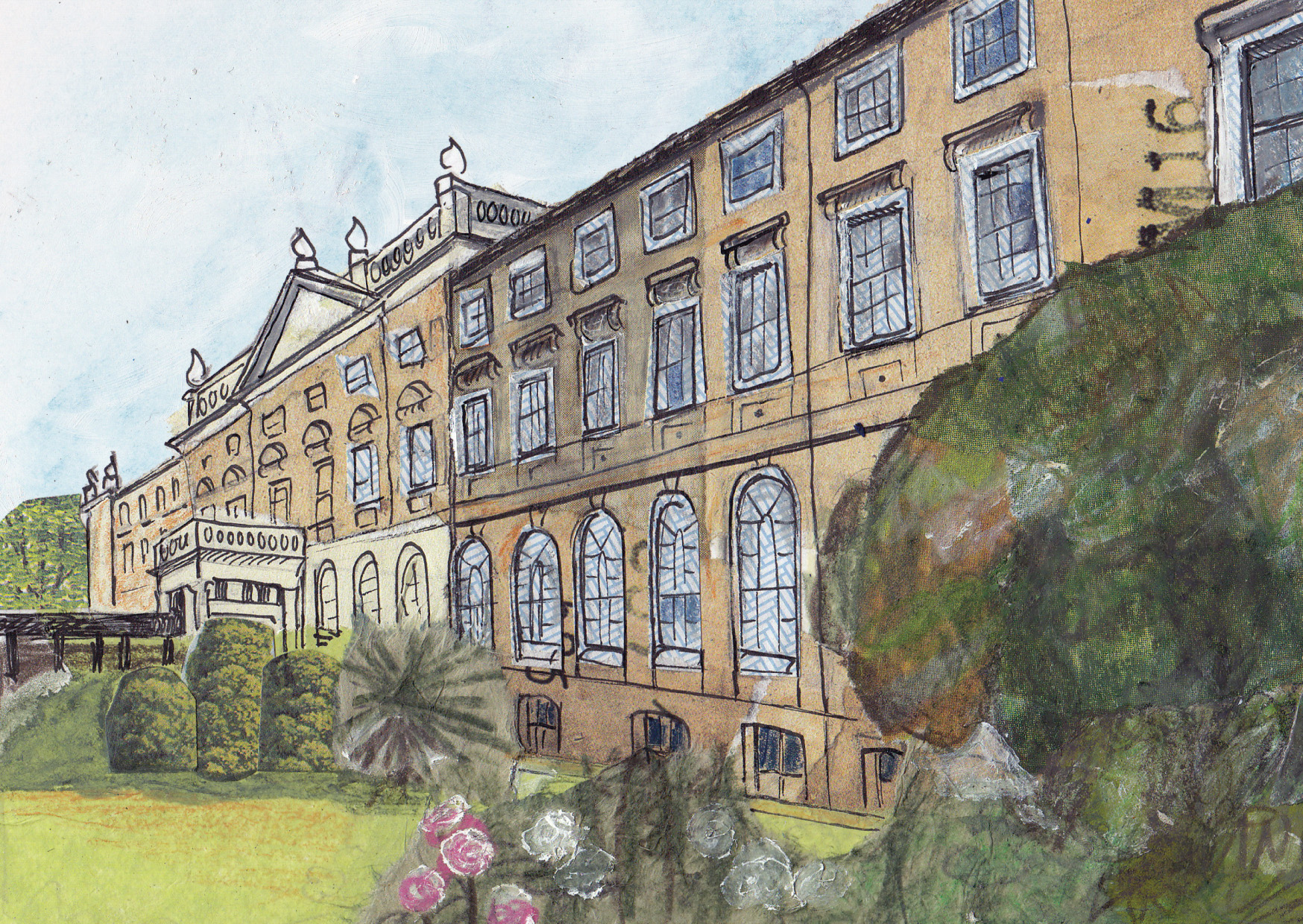 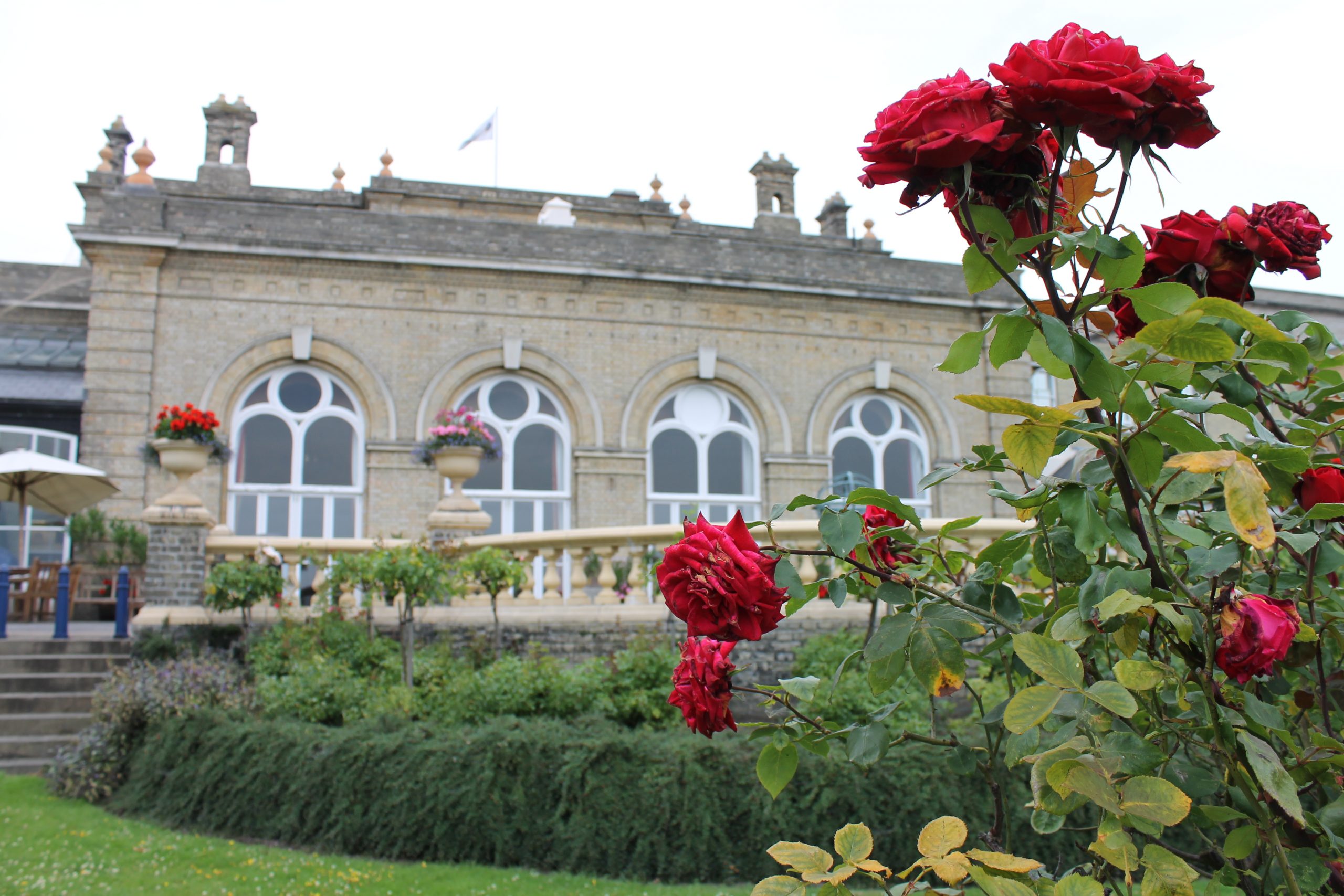