Founding of the hospital 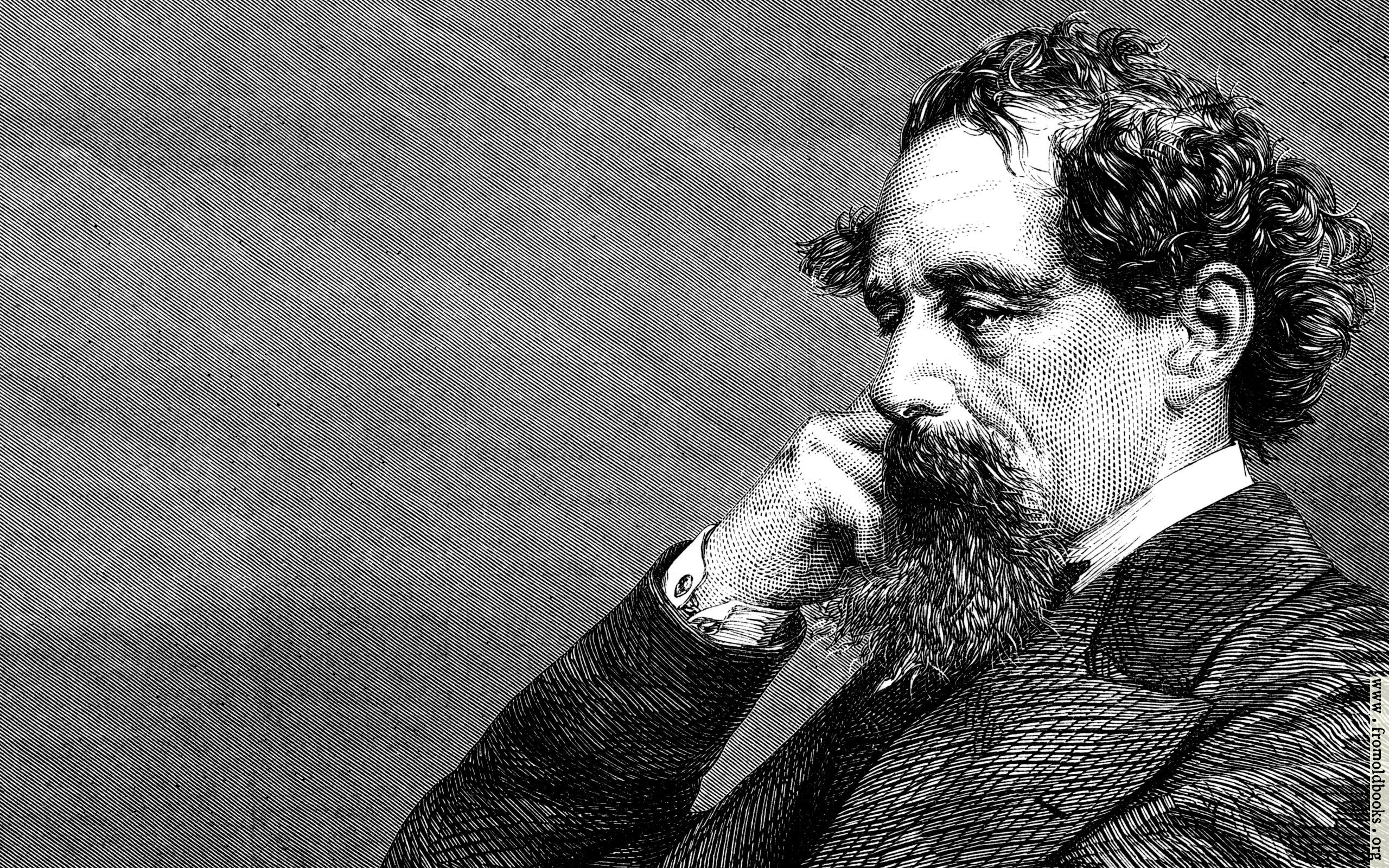 The hospital, as a charity, needed to raise regular donations and support. This was done through bequeaths, Christmas appeals, later royal patronage and other means. Andrew Reed was connected, the Duke of York and the Duke of Wellington were amongst his eminent friends, and the hospital received support from Charles Dickens who raised awareness at the time by writing:

“It is an extraordinary fact that among the innumerable medical charities with which this country abounds, there is not one for the help of those who of all others most require succour, and who must die, and do die in thousands, neglected, unaided.” (Charles Dickens ‘No hospital for Incurables’, Household Words, 1850). 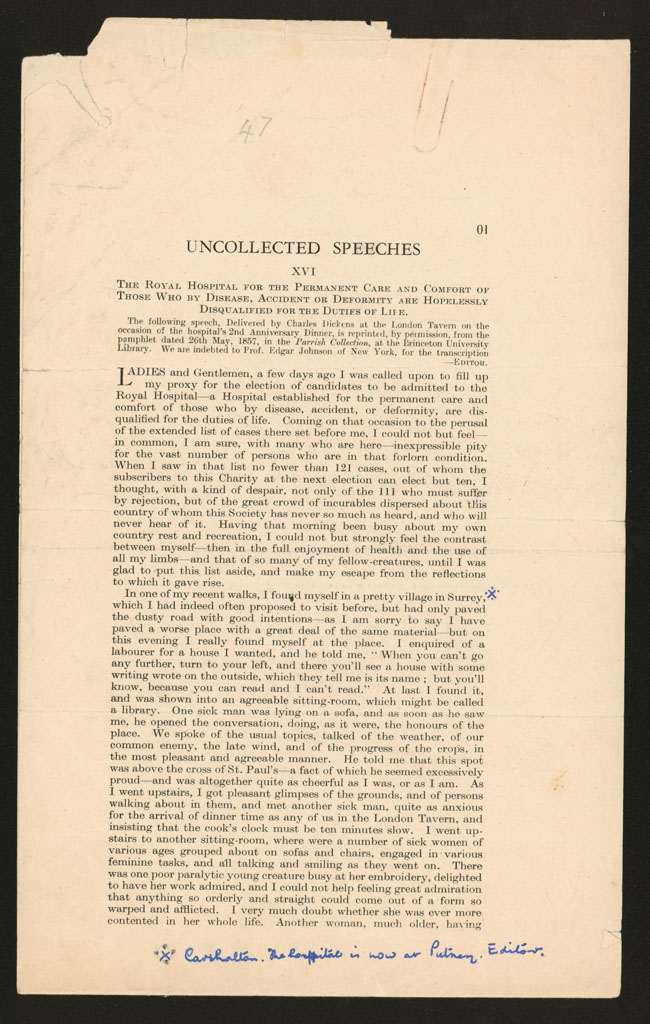 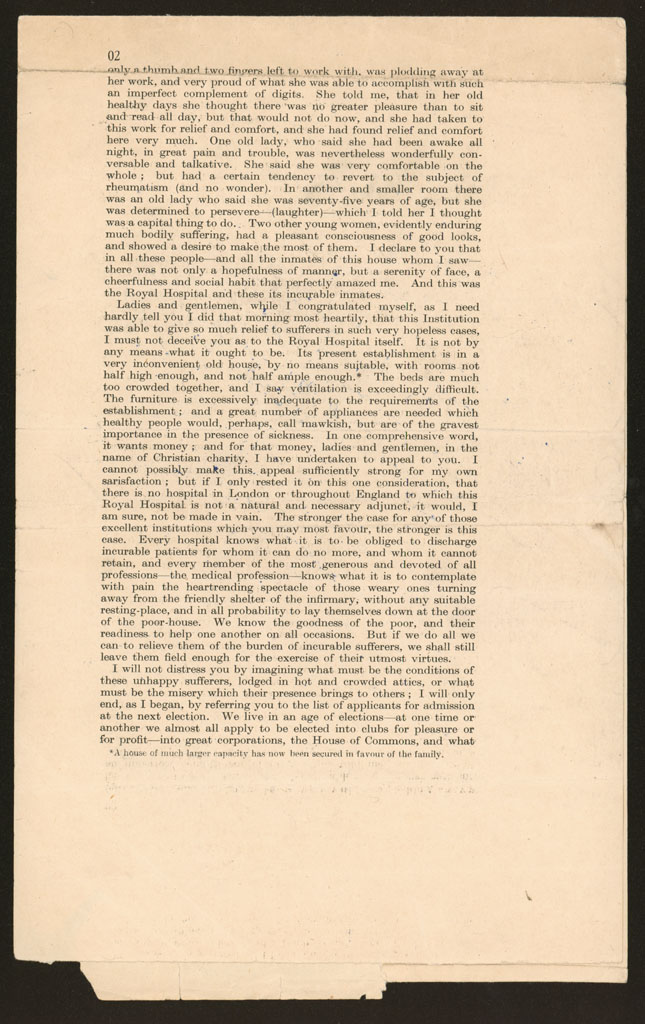 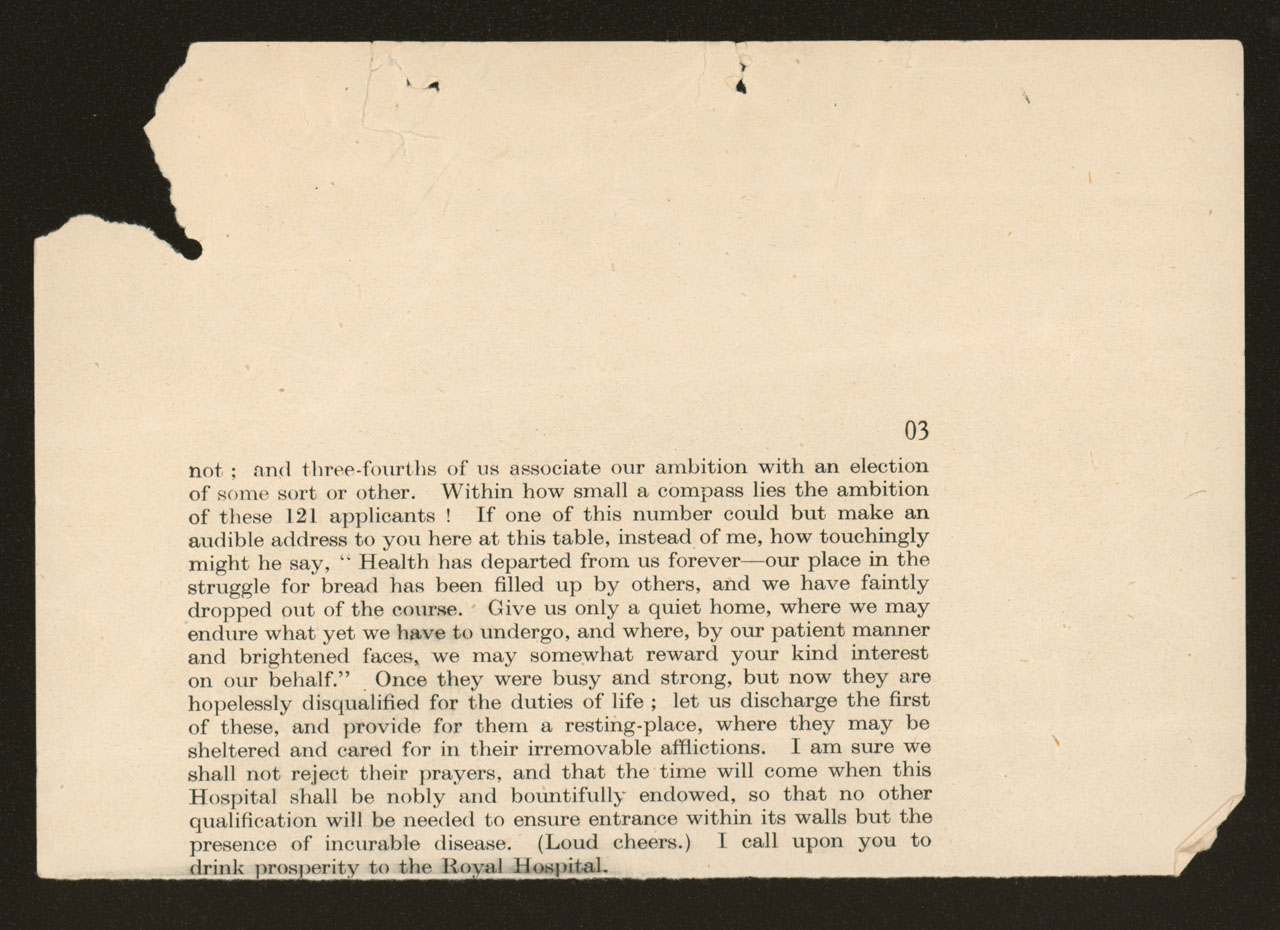 A decade later, Andrew Reed intended to move the hospital location to a site in Coulsdon (Surrey) and he sought the views of T. Roger Smith (an eminent hospital architect) as well as Florence Nightingale. The Archives of the RHN currently hold the correspondence received from Florence Nightingale in 1861, whose own interests had turned to hospital design and theories concerning the transmission of infection (miasmatic theory). In her letters, she advocated larger wards, with references to the amounts of cubic air circulating. 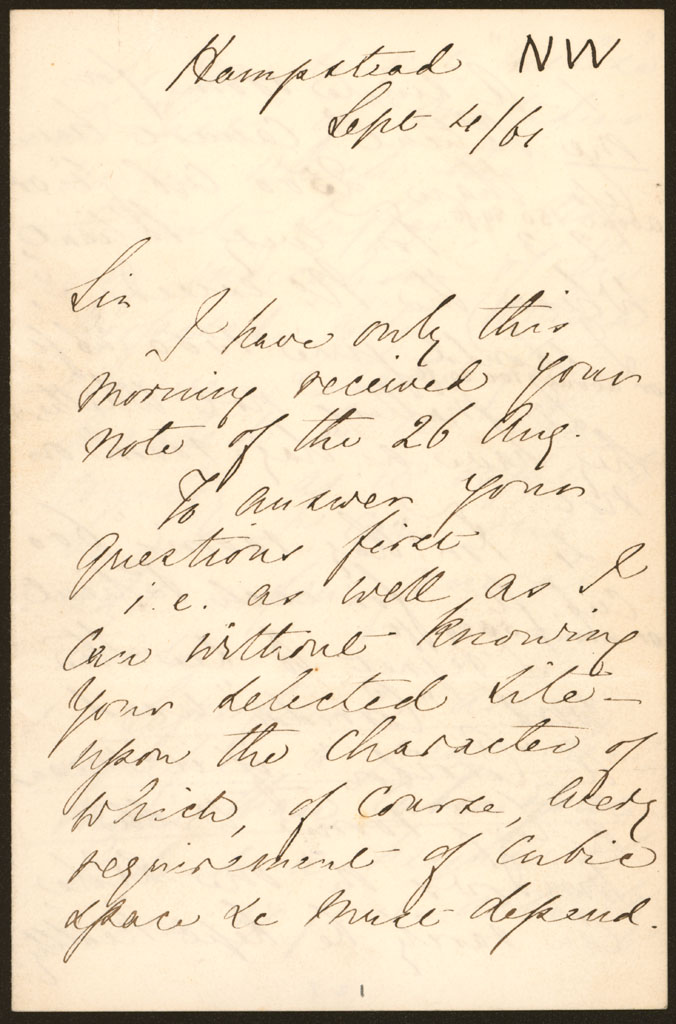 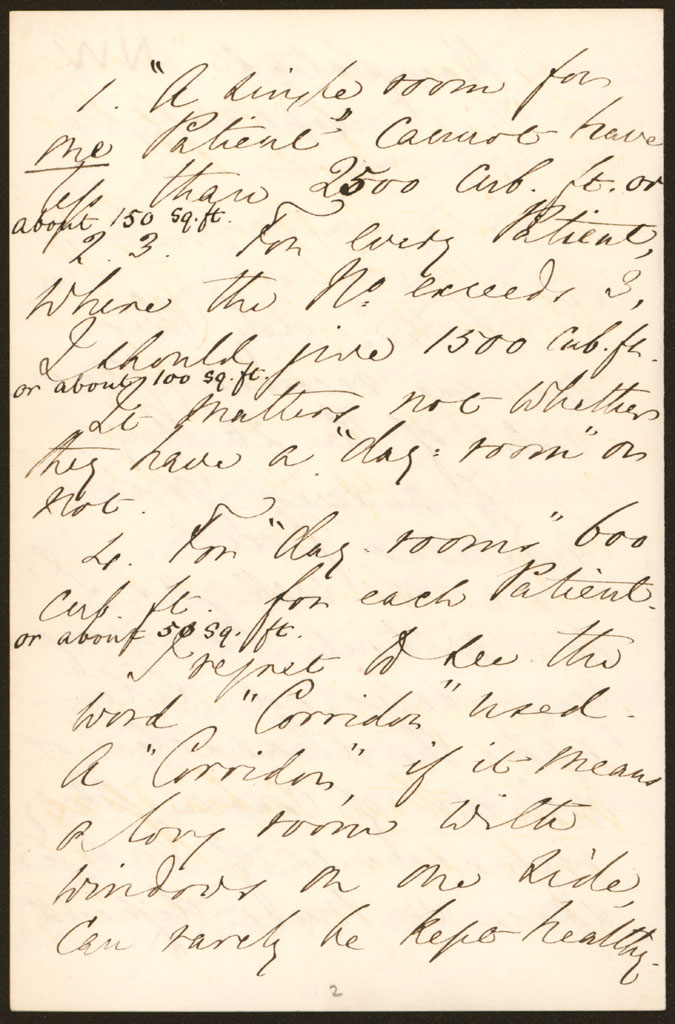 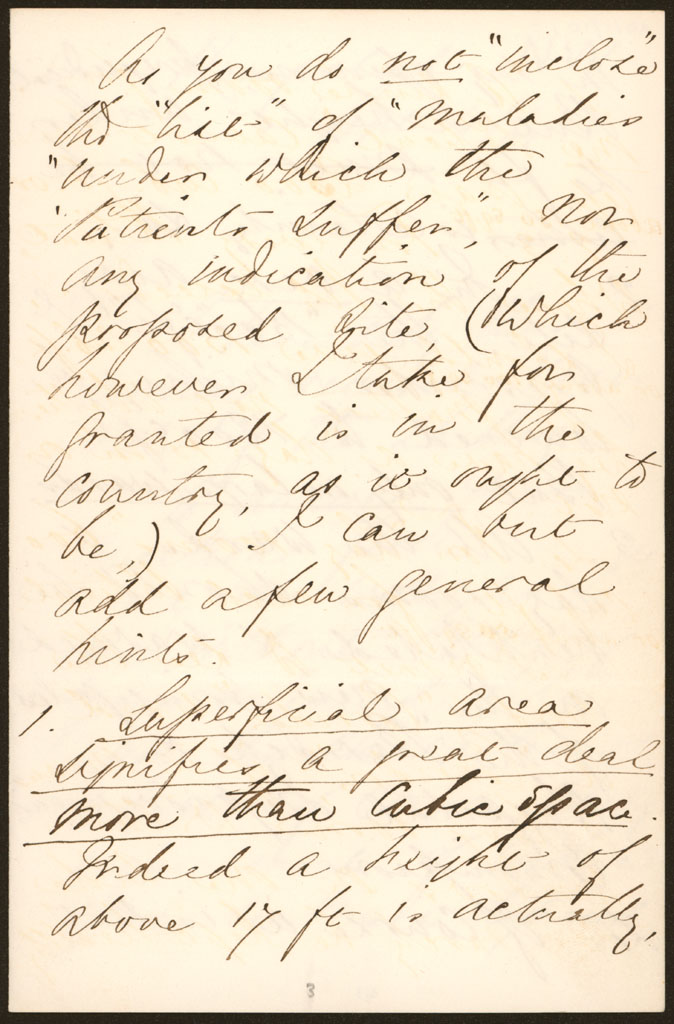 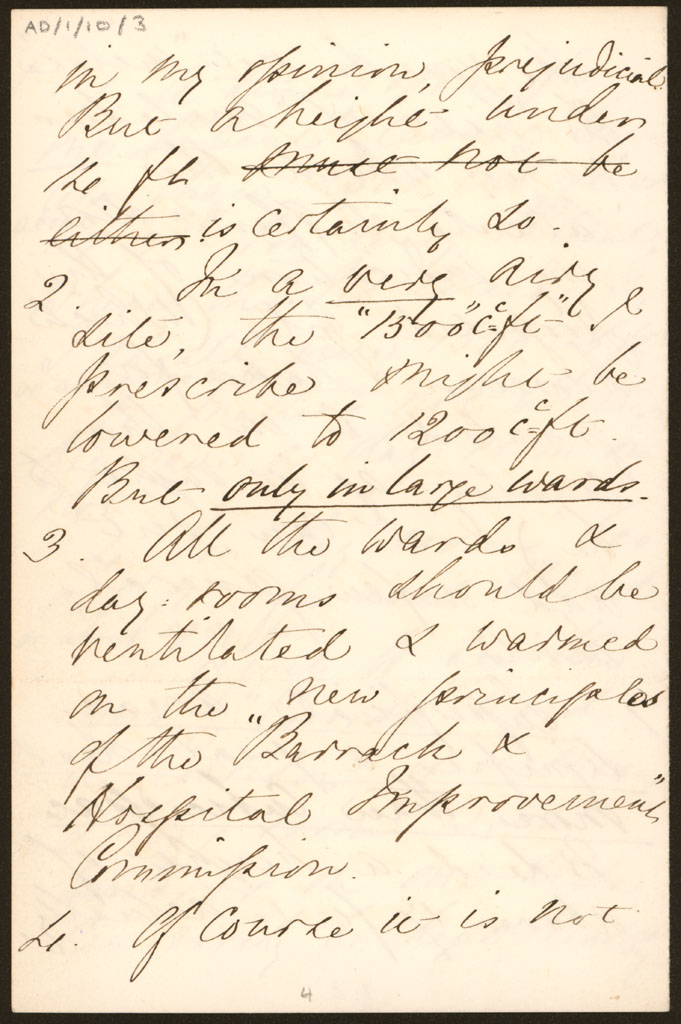 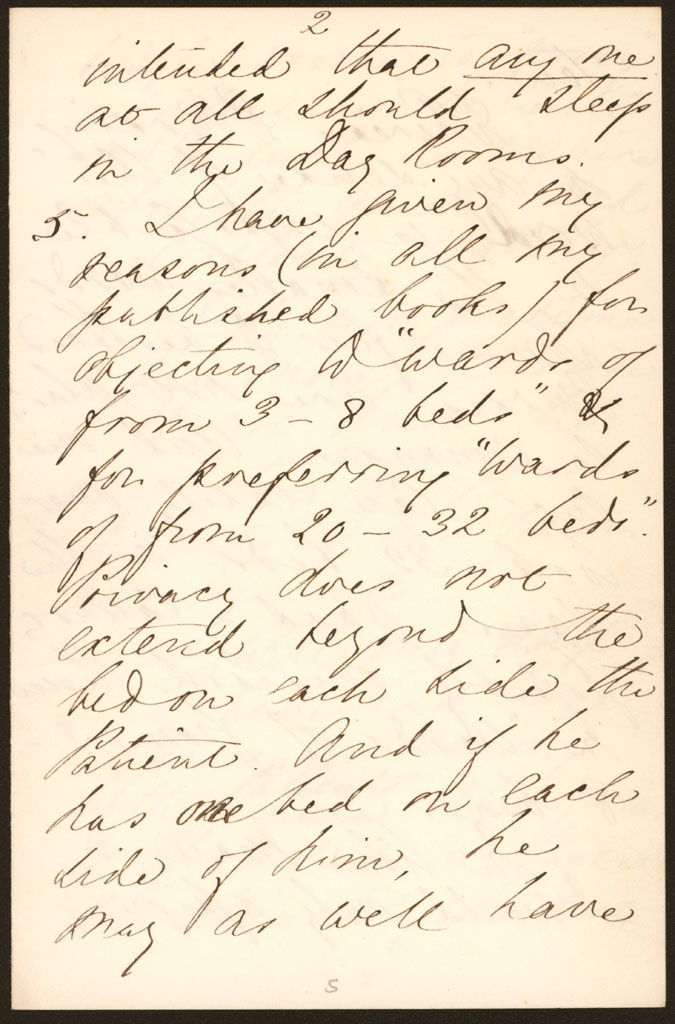 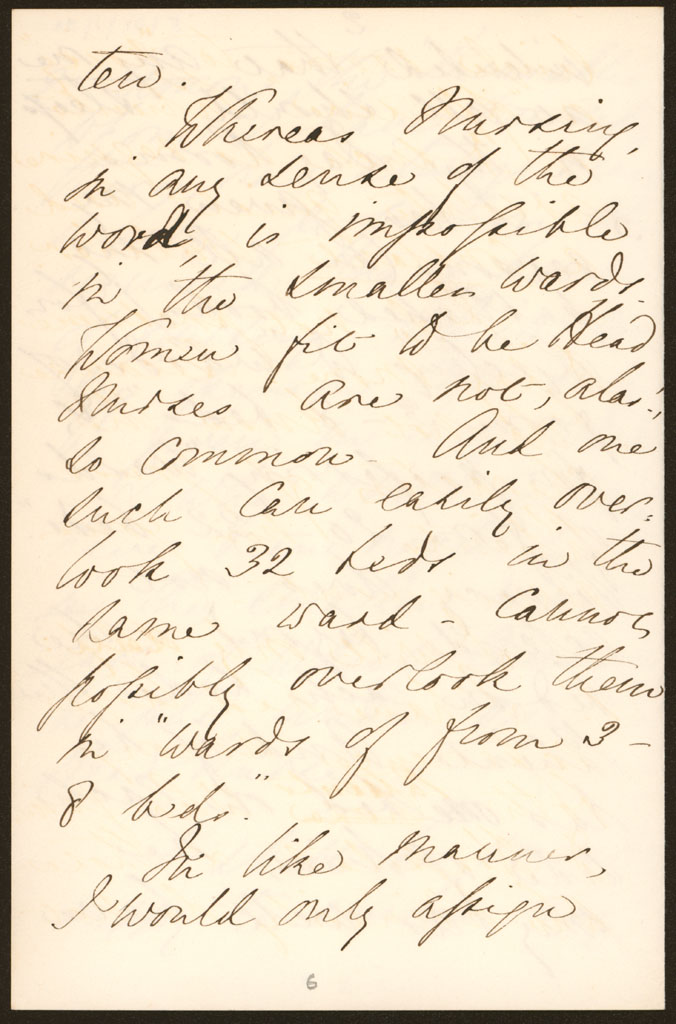 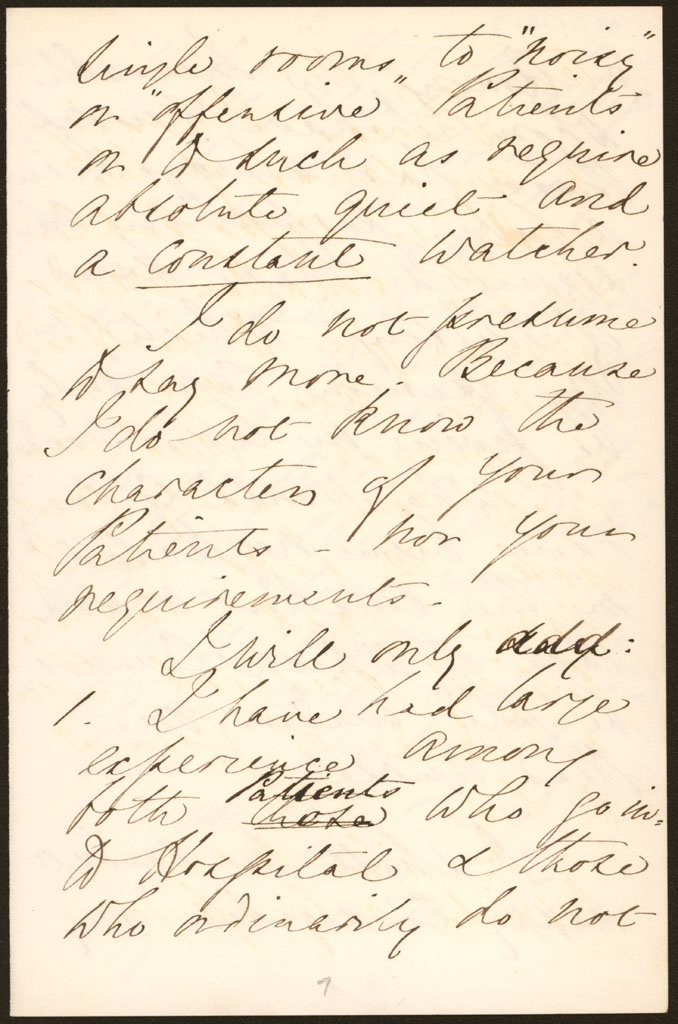 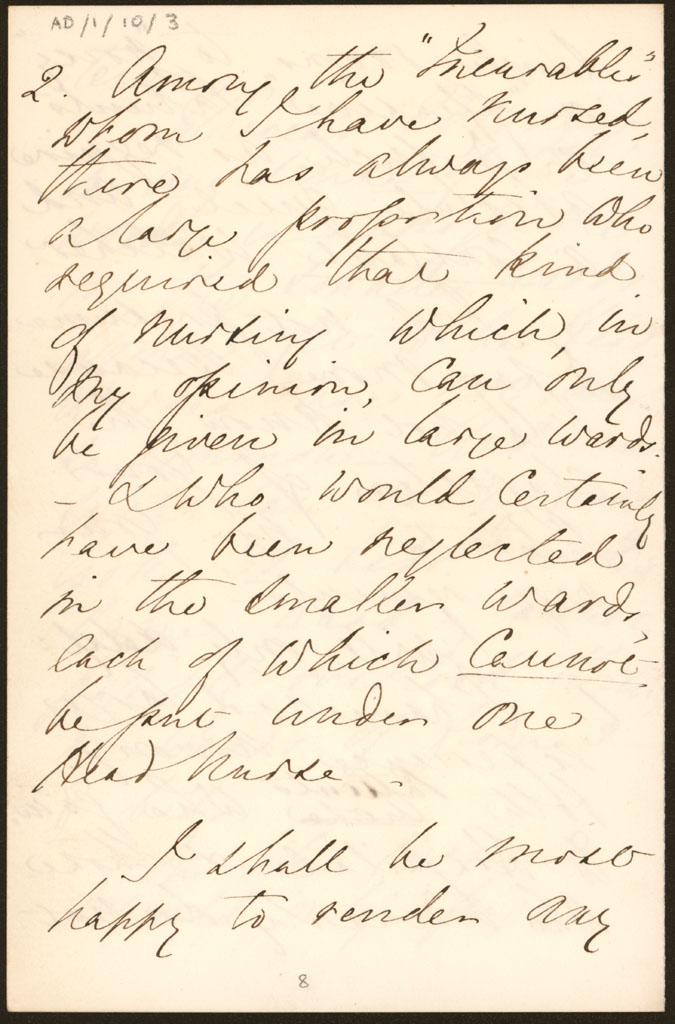 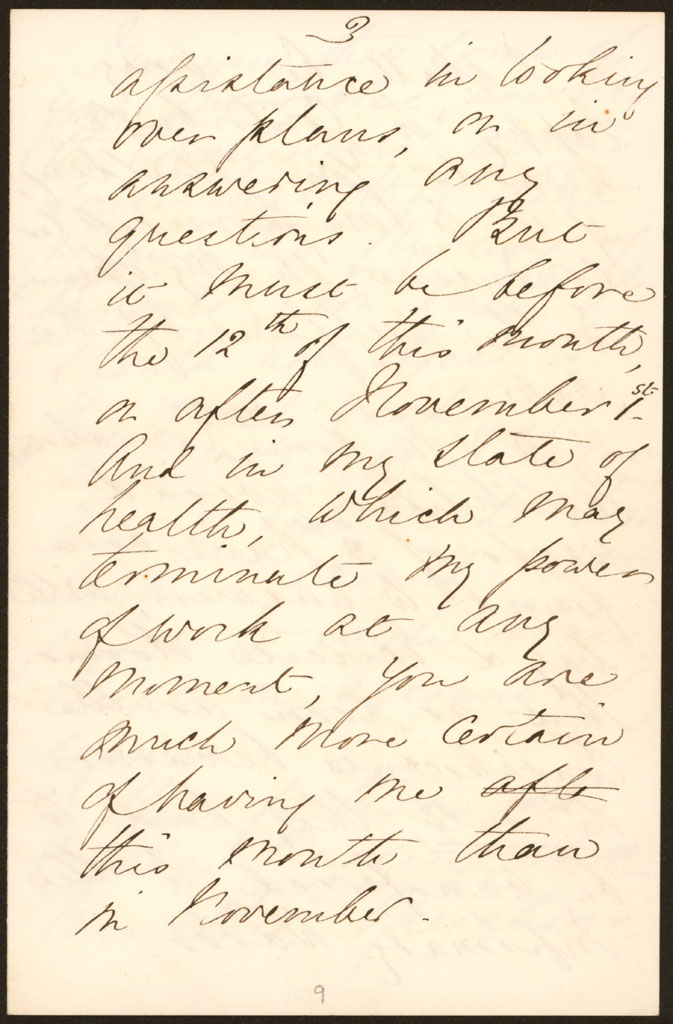 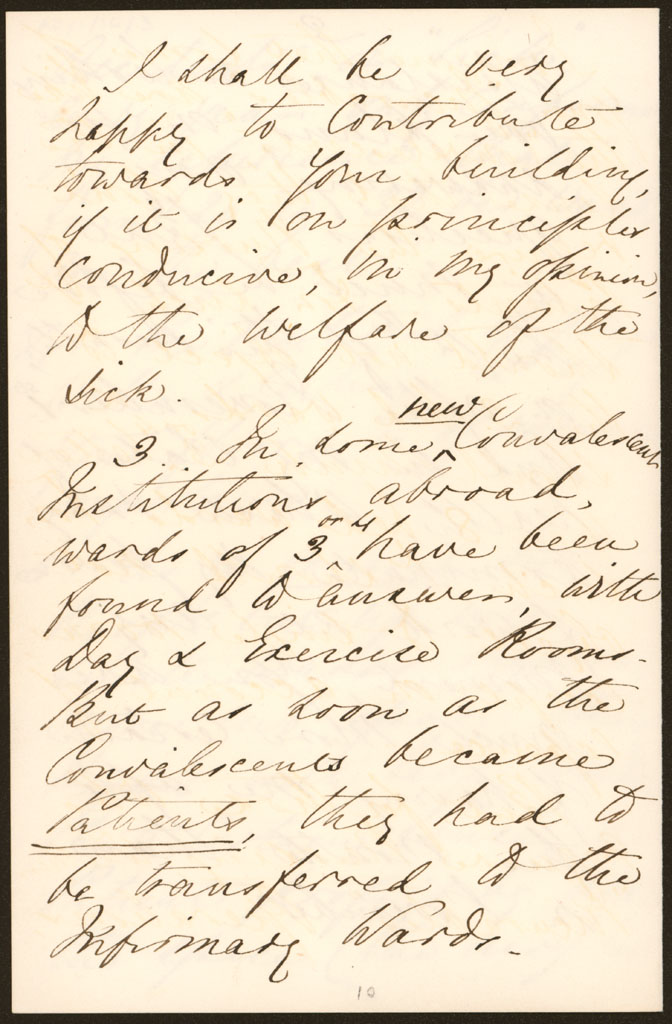 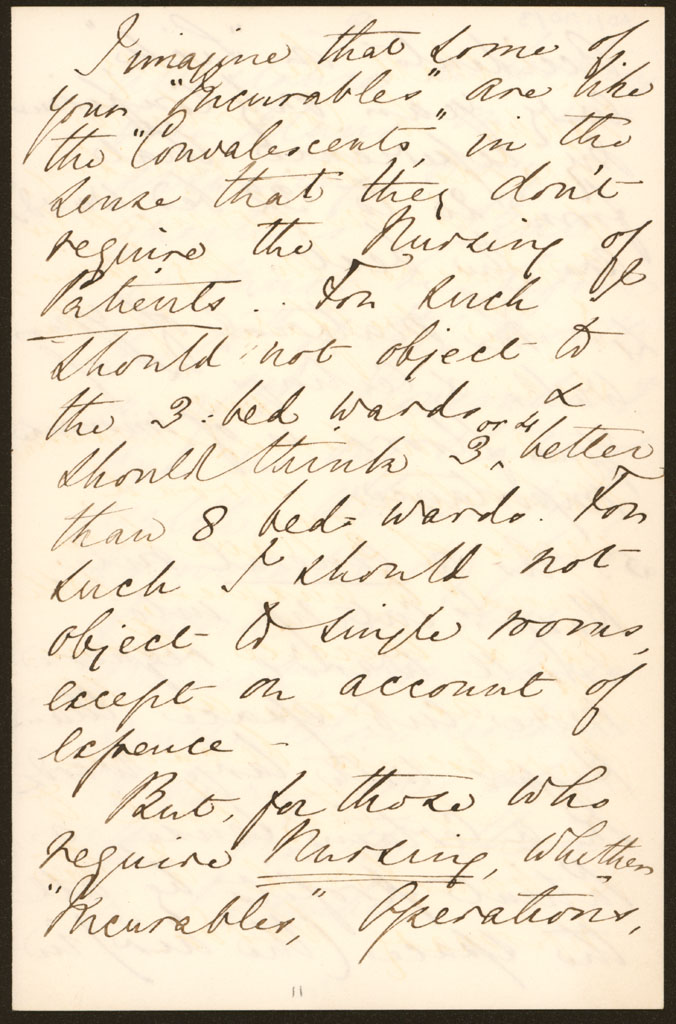 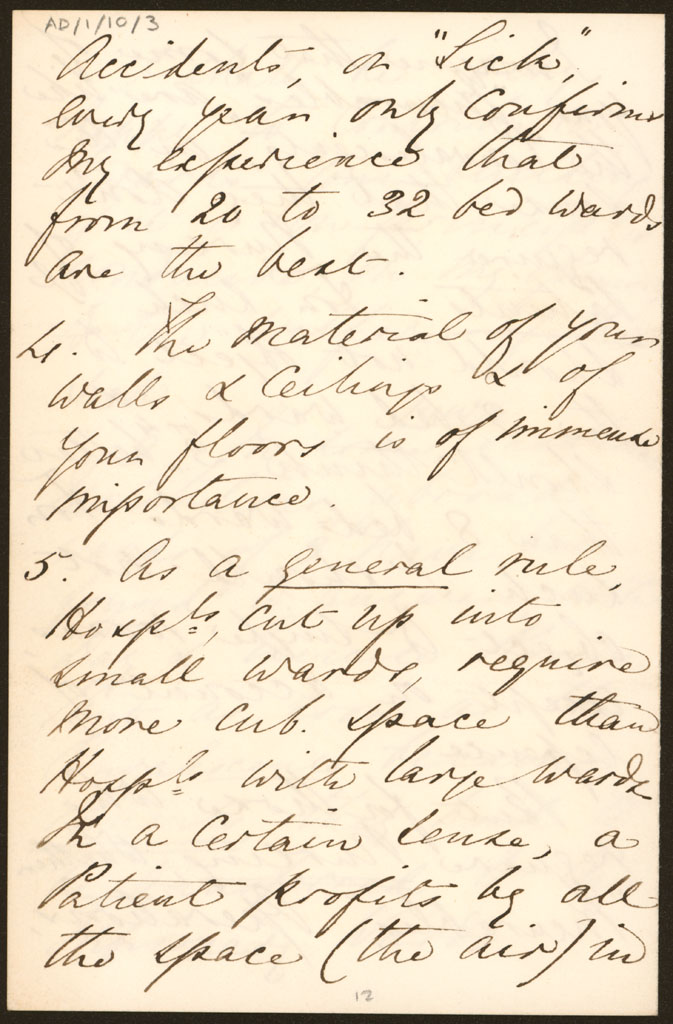 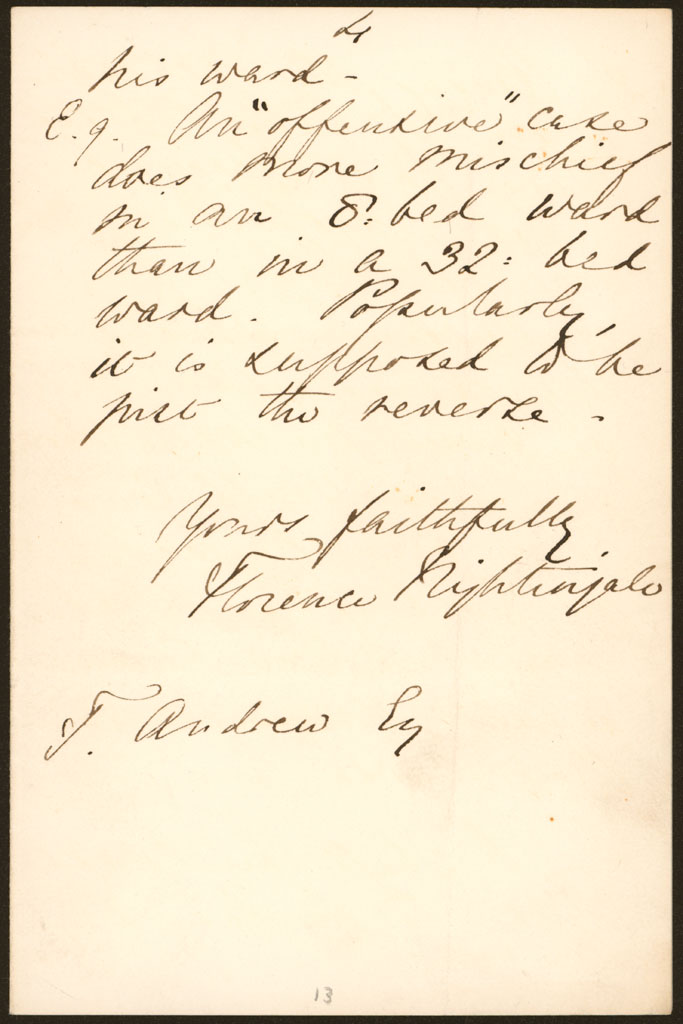 Much of the time between the foundation of the hospital and the last decade of its founder was taken up by decisions and conflicts regarding the new site for the institution. It was not until his passing that the decision was finally made to settle at Melrose Lodge.

Andrew Reed died on 25 February 1862 and he is buried in Abney Park, Stoke Newington. His legacy lives on through the charities he set up. 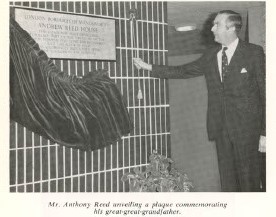