Home - About Us - Heritage - National Lottery Heritage Fund Exhibition - Fun facts and stories we’ve come across at the RHN!

Fun facts and stories we’ve come across at the RHN!

Fun stories at the RHN 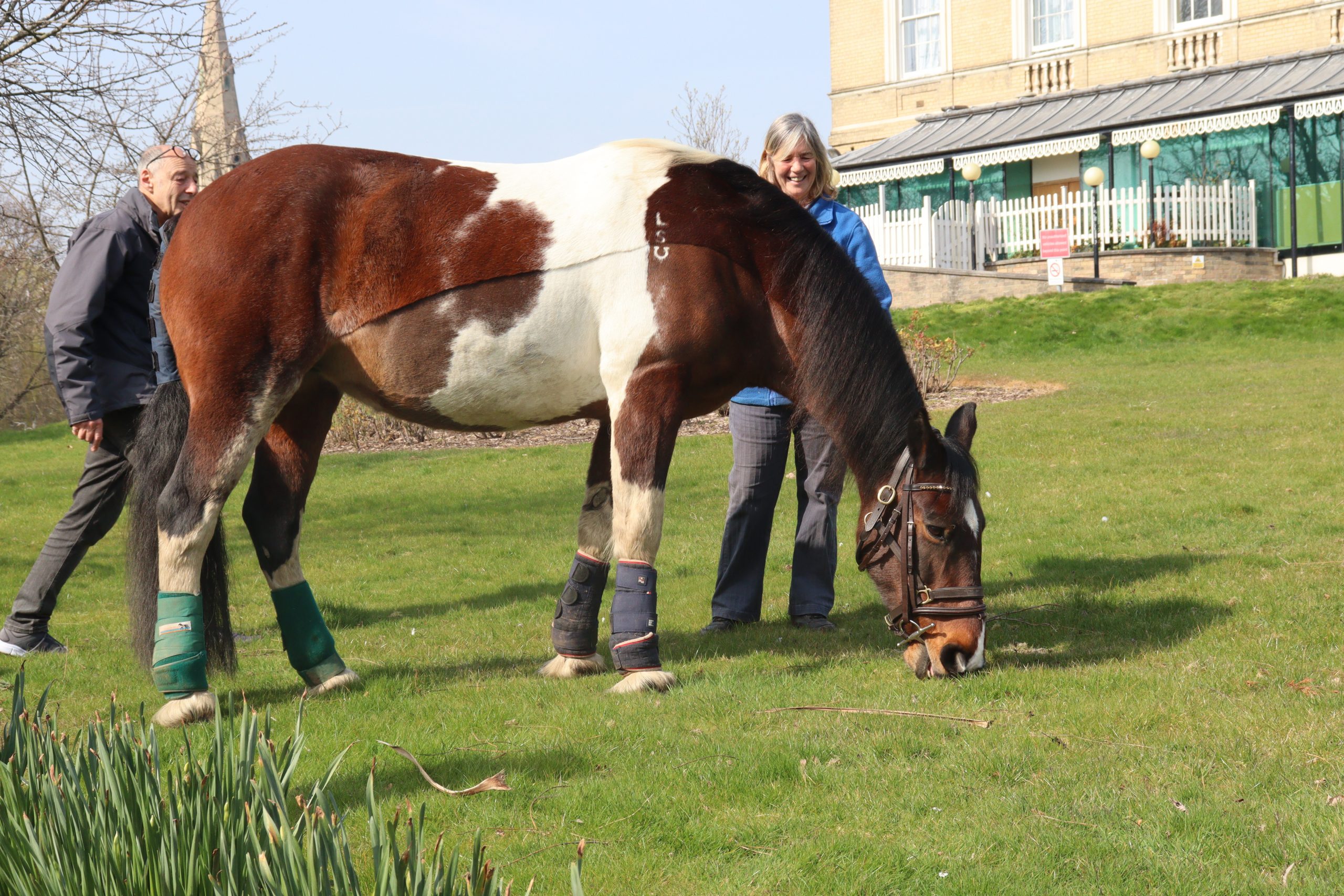 The hospital has had a few animal visits recently. In March, there was a visit from one of the patient’s horses, it had been two years since Amy on the Devonshire ward had seen her beautiful horse, called Q. It was well behaved, stood on the lawn patiently and ate some carrots and grass! Here is a picture of Amy and her horse. 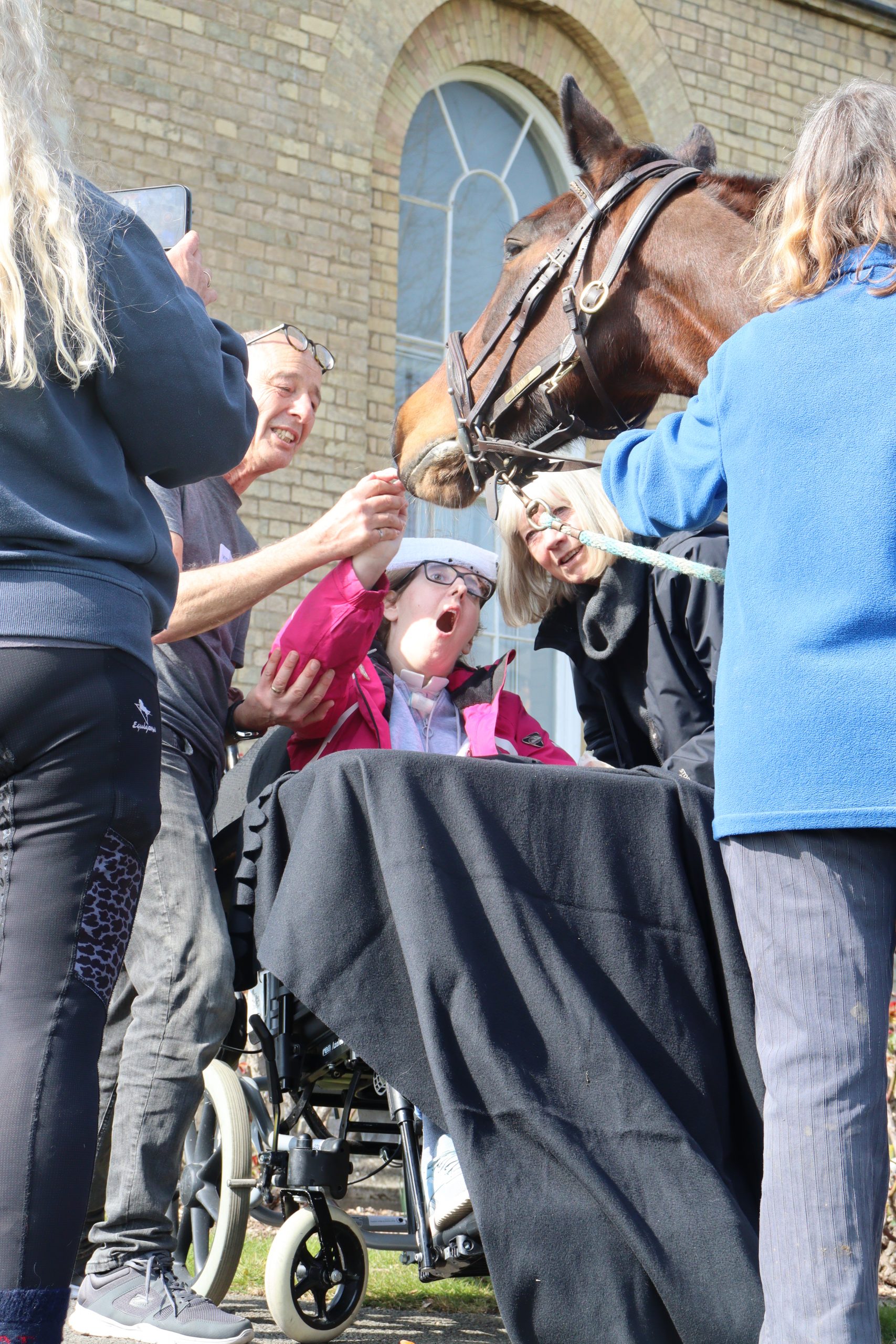 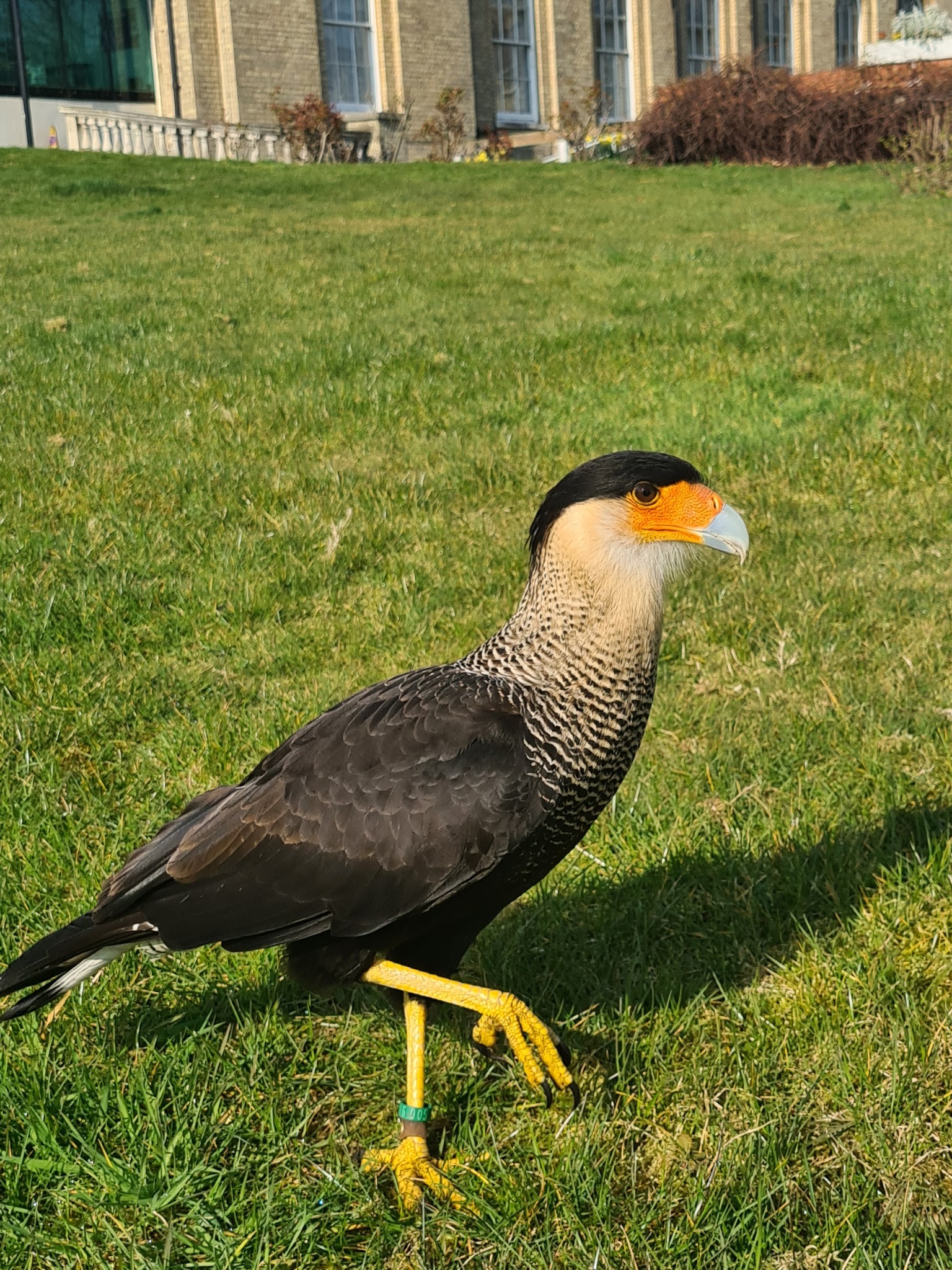 Also in March, London Zoo reported a missing bird of prey. The bird spent 10 days lost and was even spotted on the front lawn at the RHN. Members of staff took these pictures as proof and contacted the Zoo to let them know. The bird of prey was a crested caracara called Jester, with a 4-foot wing span. It was eventually cornered by the keepers of London Zoo and taken back to its home. 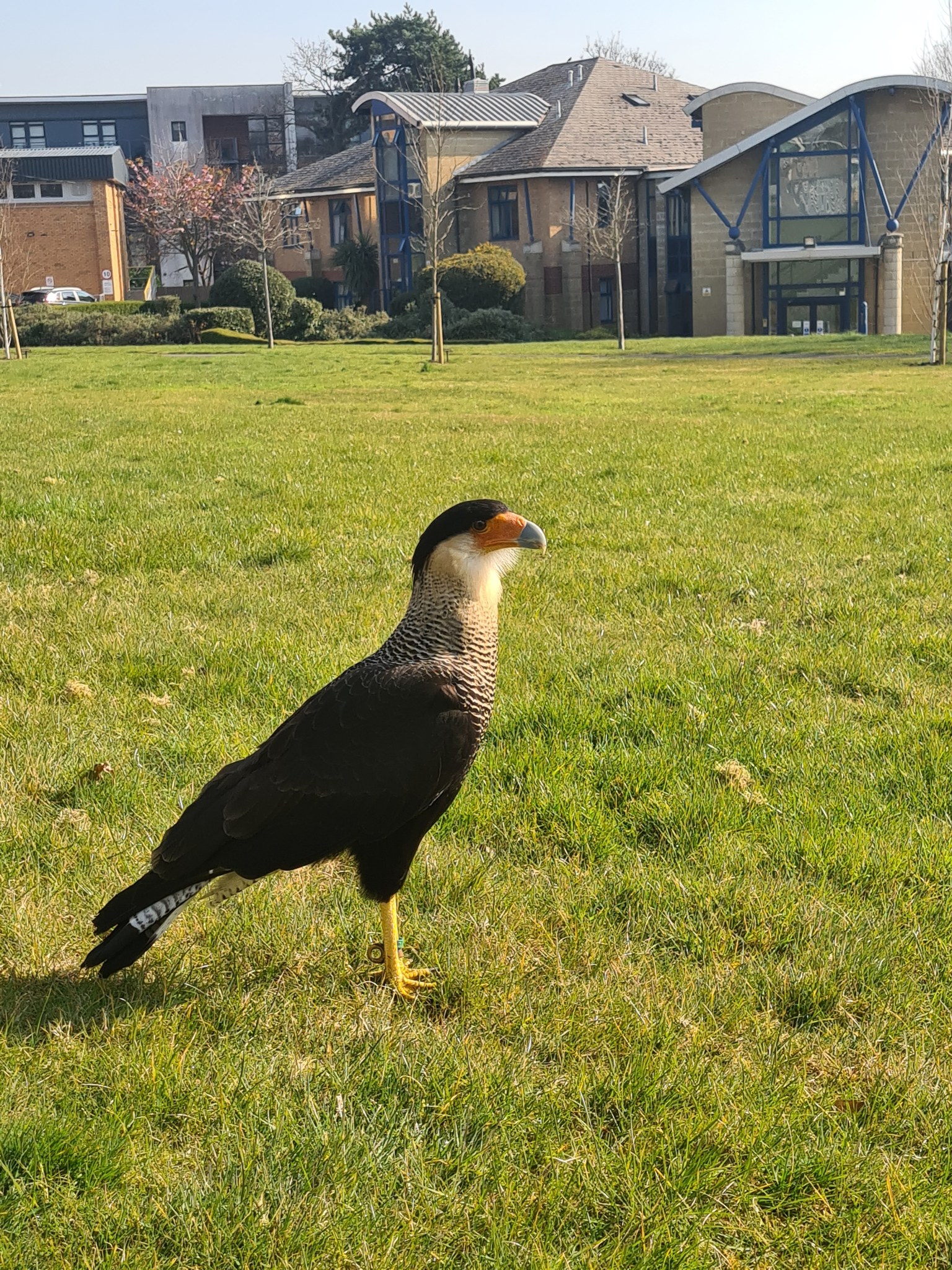 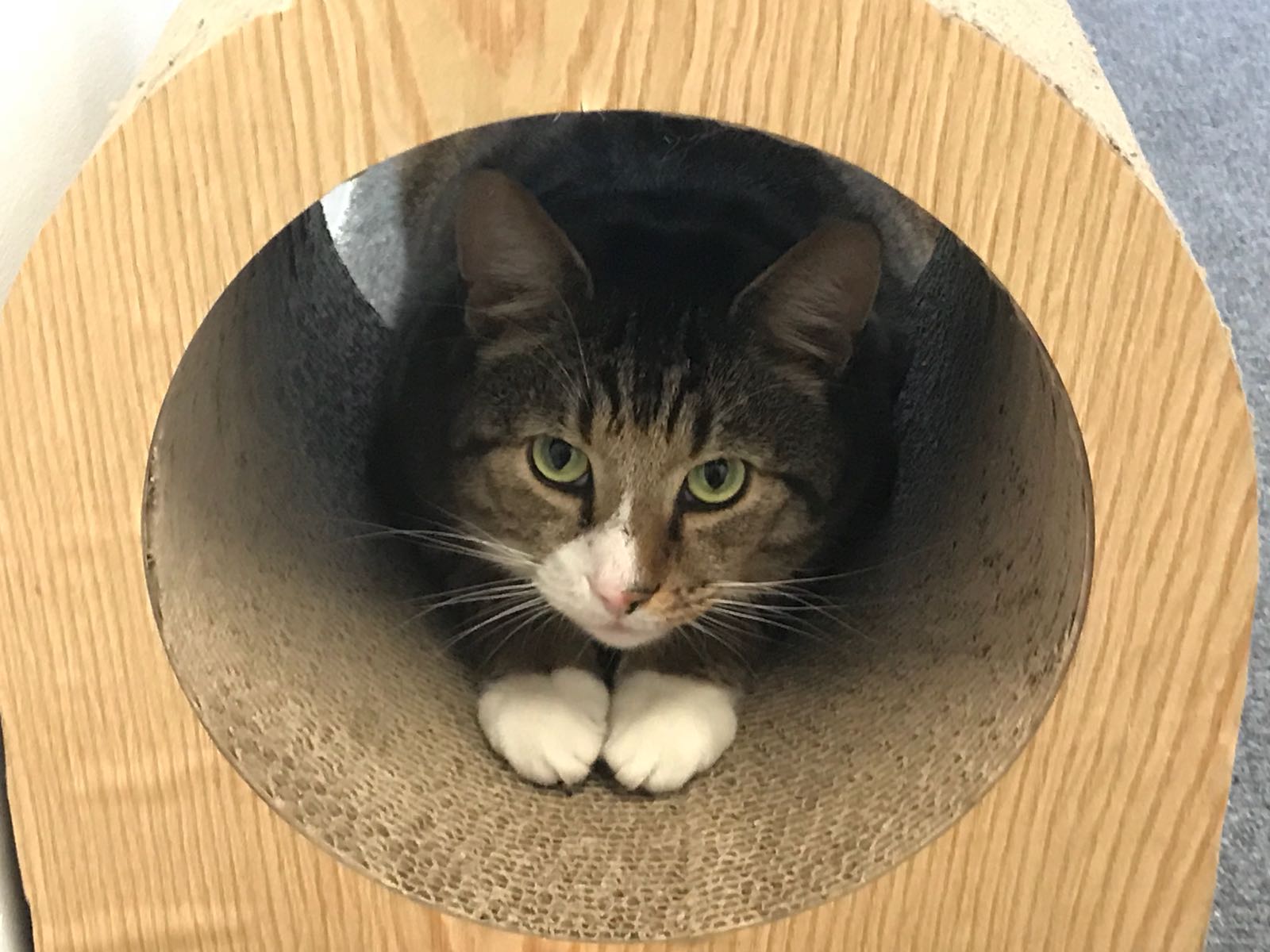 The hospital once had a stray cat who would often visit patients and residents. When this cat passed away, the hospital gave refuge to another stray from Battersea – sparking a new tradition. The latest cat to call the hospital home was called Sox. 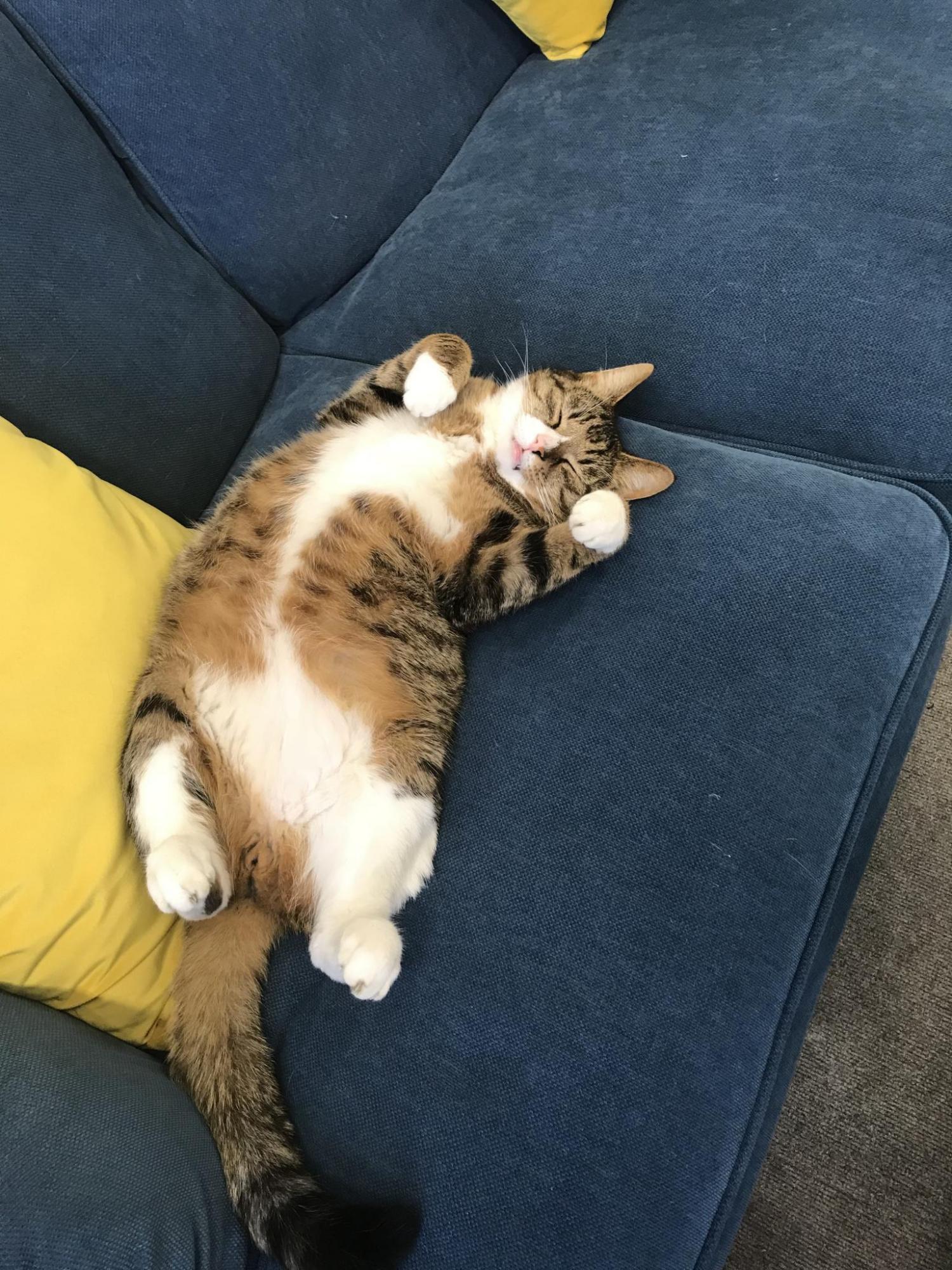 The Scrubber is an organisation in South West London with a team of volunteers who sew and distribute scrubs to hospitals and healthcare providers. According to their website, they have now provided over 26,000 items across central and southwest London and the RHN has recently received a very kind donation. 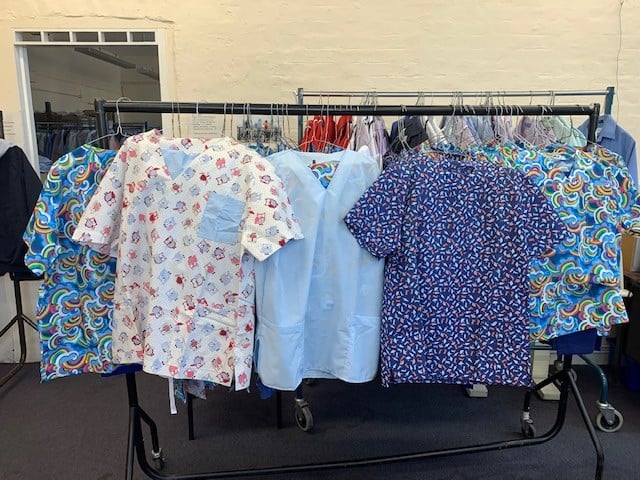 The RHN even has its band! Staff members get together regularly to perform as The Putney Chiefs!

The RHN has had a long history of name changes! According to a blog post circulated by our former archivist Chris Olver in June 2020 and written by Anna Harlow, there is quite a story here:

“Established in 1854, the RHN was originally known as the Royal Hospital for Incurables. The hospital’s founder Reverend Andrew Reed gave the hospital its ‘Royal’ title optimistically and a little prematurely. The Prince of Wales didn’t formally become the hospital’s patron until 1880, nearly 26 years later.”

The hospital first changed its name to the Royal Hospital and Home for Incurables in 1917, taking in individuals that other hospitals and homes couldn’t cope with and didn’t have the resources to look after. The term ‘incurables’ slowly became an outdated term and became a point of discussion. By 1986 the hospital was keen to drop the ‘Incurables’ title. You can see from the image below some of the possible name changes considered with a few interesting comments by the Hospital Secretary, Captain A D Hutton: some of the suggestions lack ‘oomph’, ‘being misleading’ or ‘failing to eliminate incurable’:

We also have a copy of a letter in our archives from the Private Secretary to the Prince of Wales asking that the term be removed from the hospital’s name in January 1987. After much discussion, the hospital was renamed the Royal Hospital and Home, Putney in 1988.”

In the early 90s, the trustees began to discuss a name that better reflected the work that the hospital specialised in and finally in 1995 it became the Royal Hospital for Neuro-disability, or the RHN as we now know it today!

The board minutes in the archive from 1987 contained a list of all the possible name changes. Look at these for some rather frank comments noted besides all the options 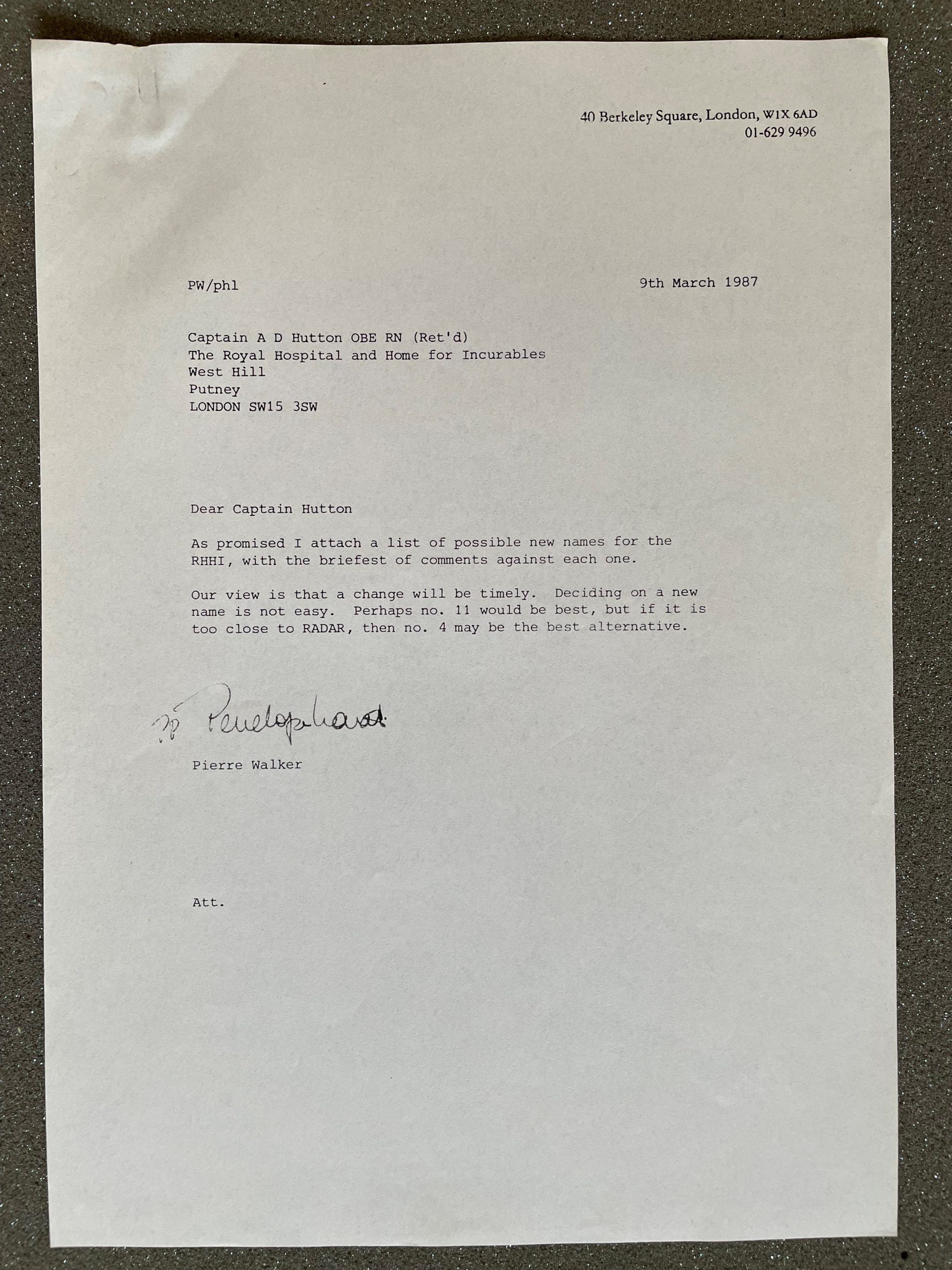 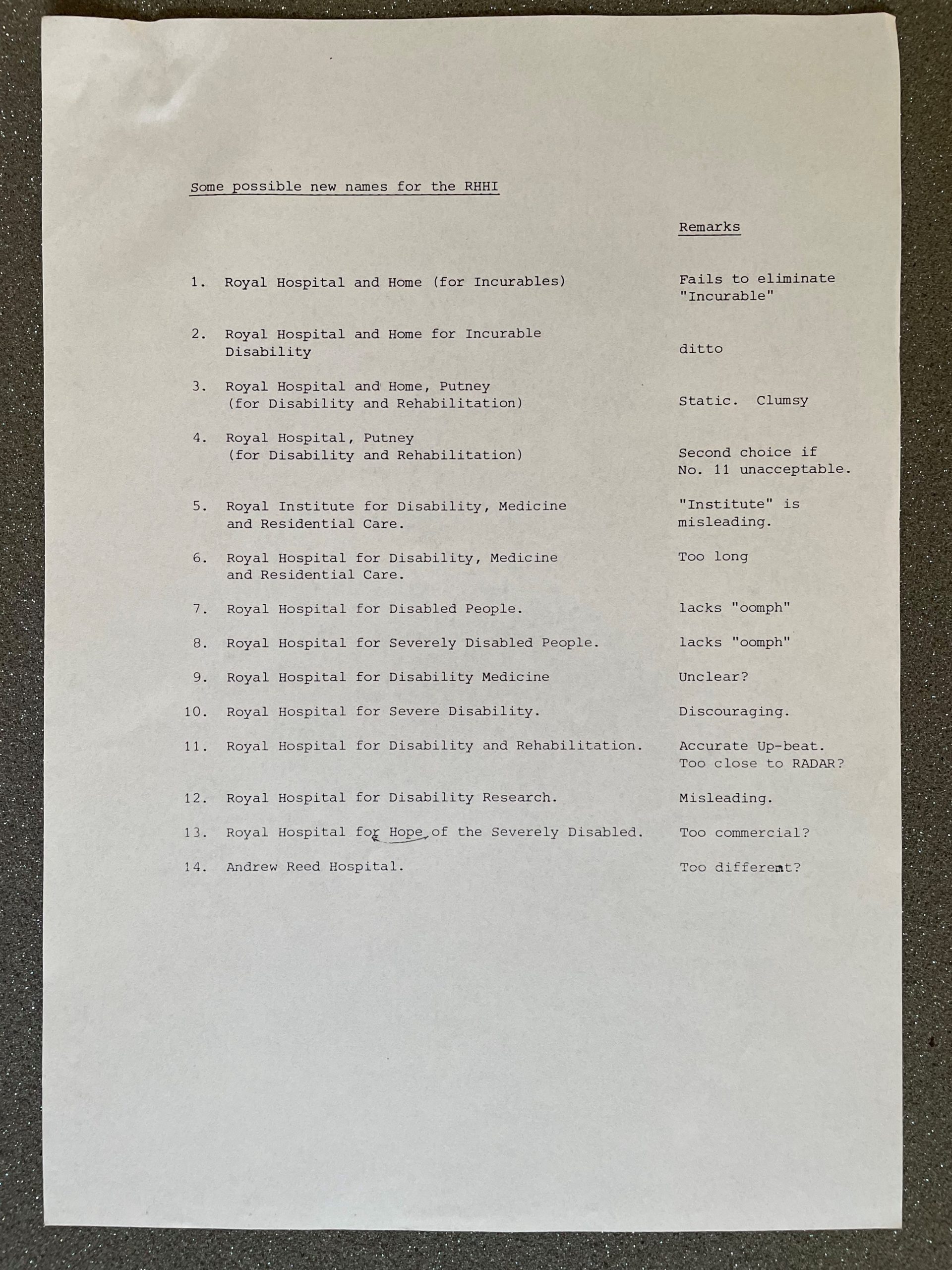 Some interesting facts from our archive

The process of admission to the hospital from 1854 to 1951 was through election by subscribers. Subscribers to the charity could purchase votes and decide which of the proposed candidates should be admitted to the hospital. Polling cards were sent out with details of the candidate’s condition and prominent supporters. Applicants and their supporters were also known for canvassing for votes, with around 1500-2000 votes needed to top the poll and guarantee entry. 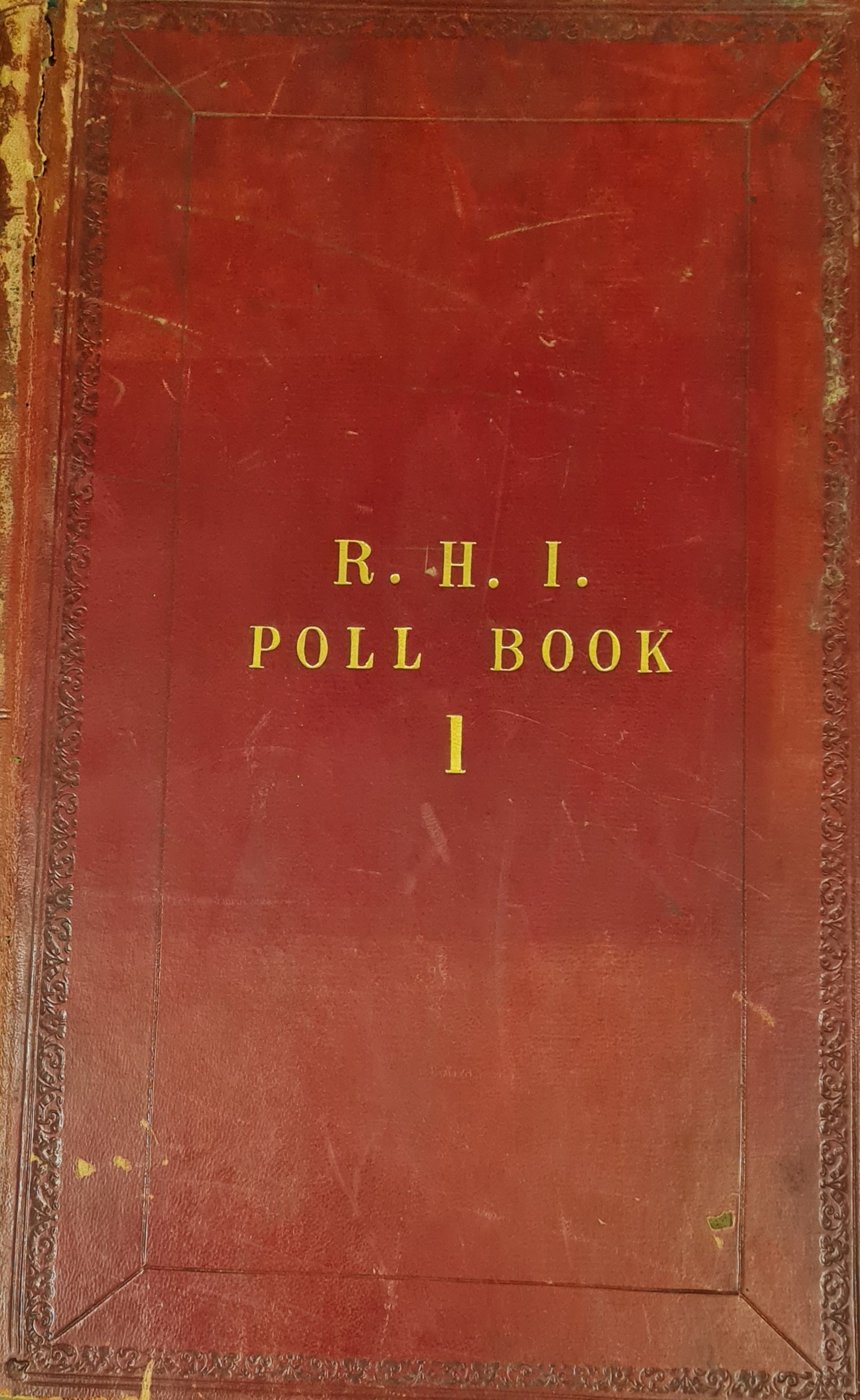 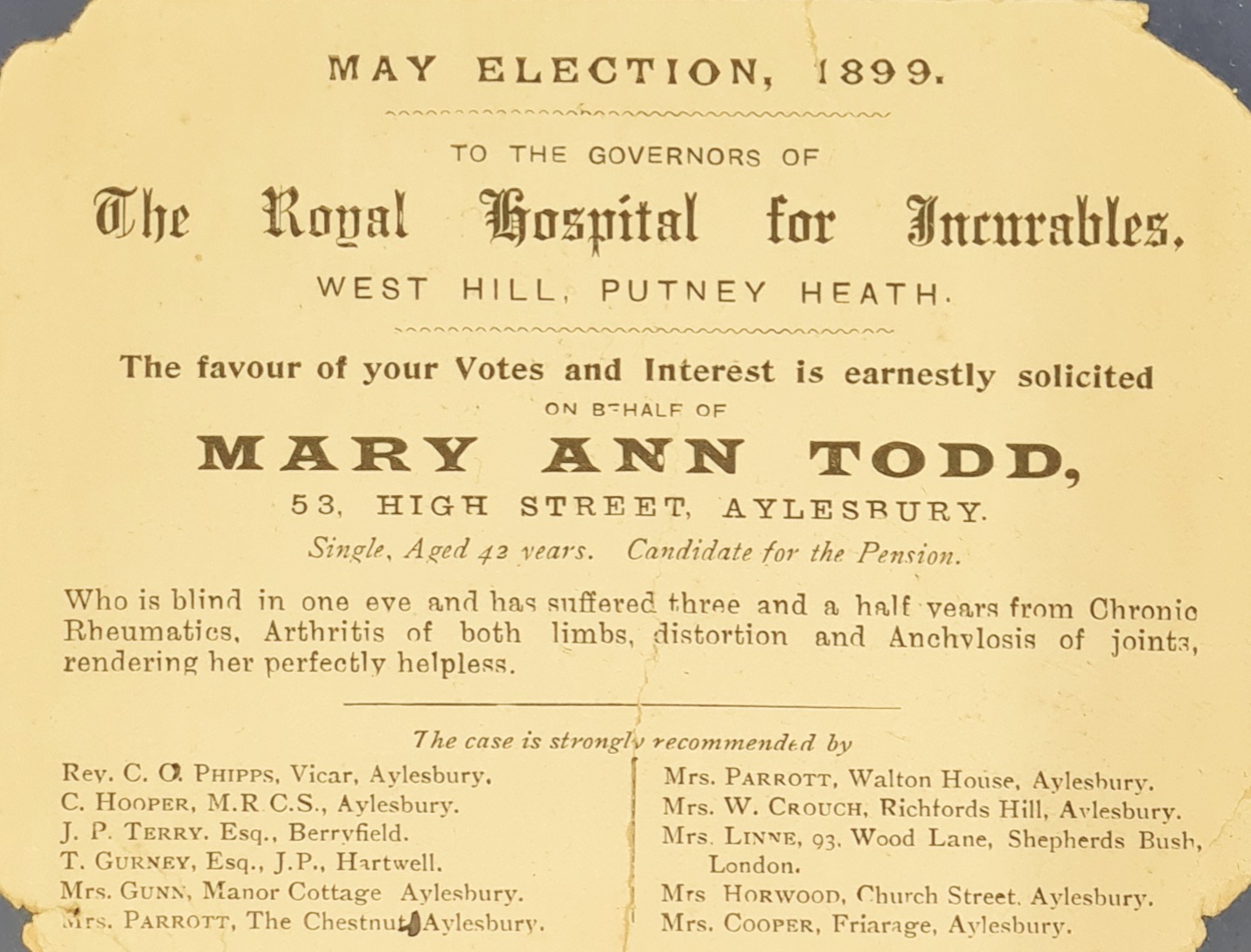 Over the years, various rules were produced for staff at the hospital. The rules provided an overview of the expected duties, what behaviours were acceptable whilst on duty, and what was strictly forbidden. For example, in these rules from 1944, it was against the rules for a nurse to converse with any male staff except on actual duty matters, to gamble, drink alcohol, or interfere with any electrical or other fittings. 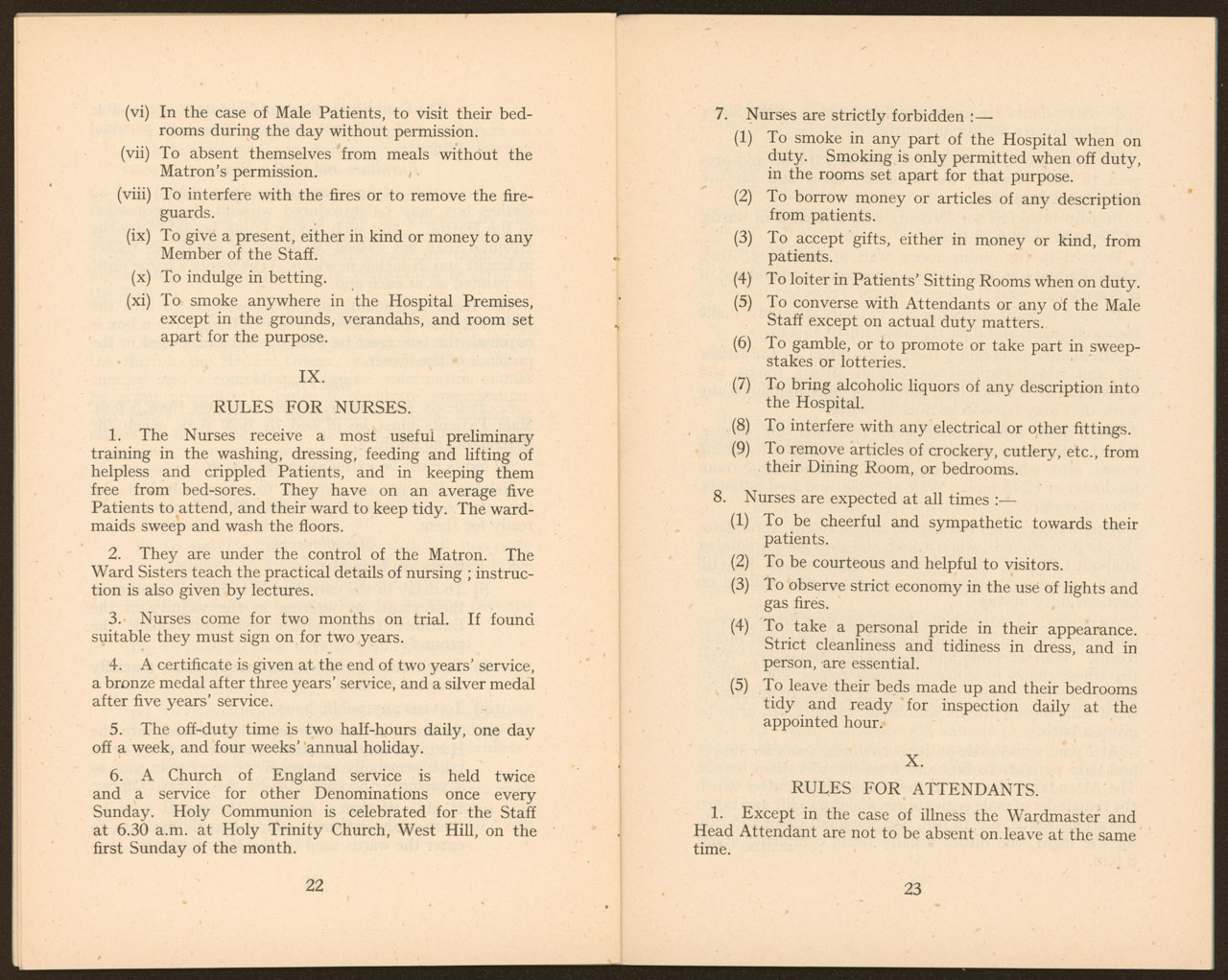 The hospital produced a series of annual fundraising appeals from 1872 to 1937. The appeals usually took the form of a literary account of life at the hospital for the patient and staff, but also included comic sketches and illustrations, appeals from famous supporters and celebrities, and letters written by the patients themselves. The appeals were widely circulated to supporters and friends of the hospital and were expensive to produce judging by the quality of the engravings, illustrations and early photographs within the volumes. It has not been established why the appeals were discontinued, but paper shortages and the loss of funds were likely to have contributed. Here are some eye-catching covers from just a few of our appeals: 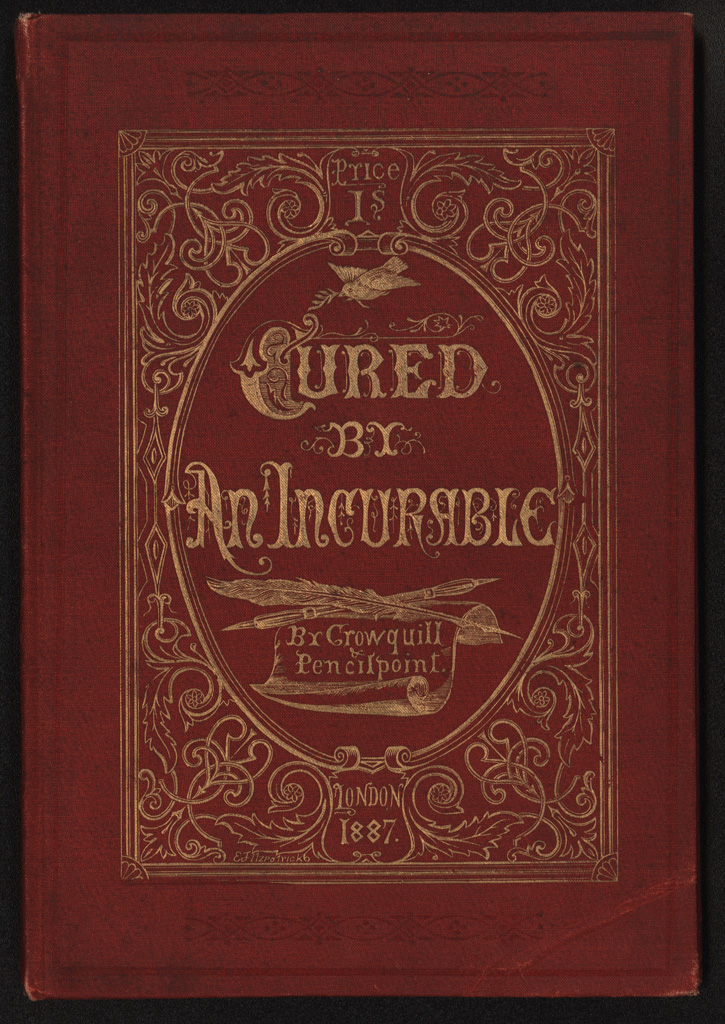 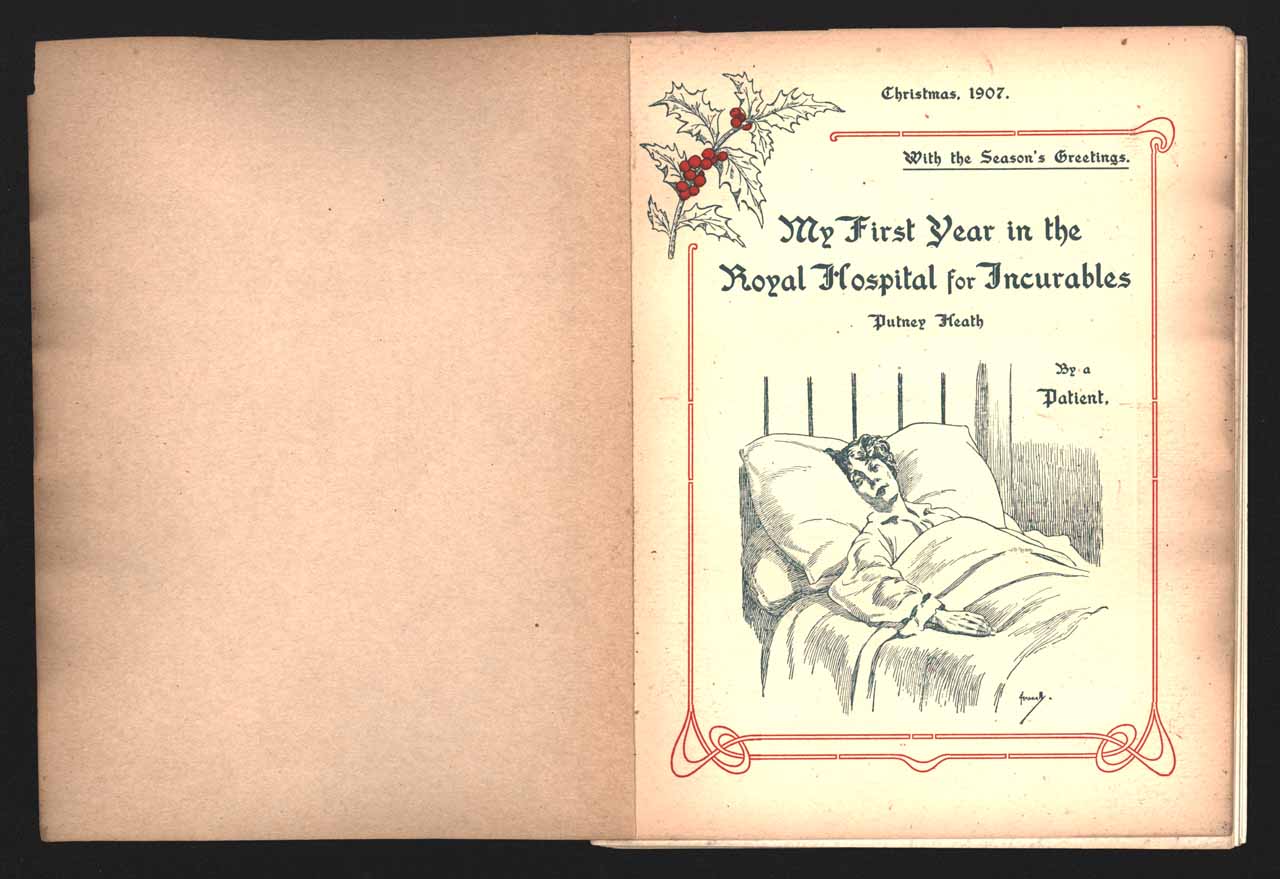 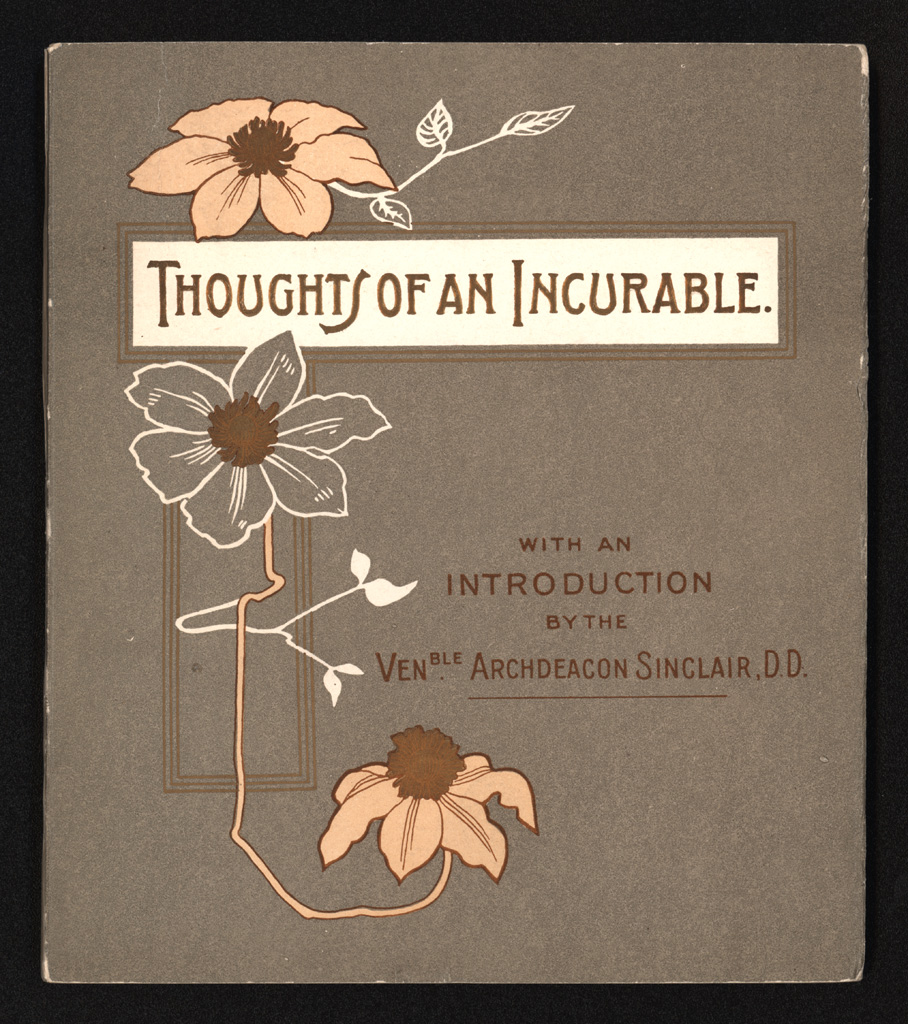 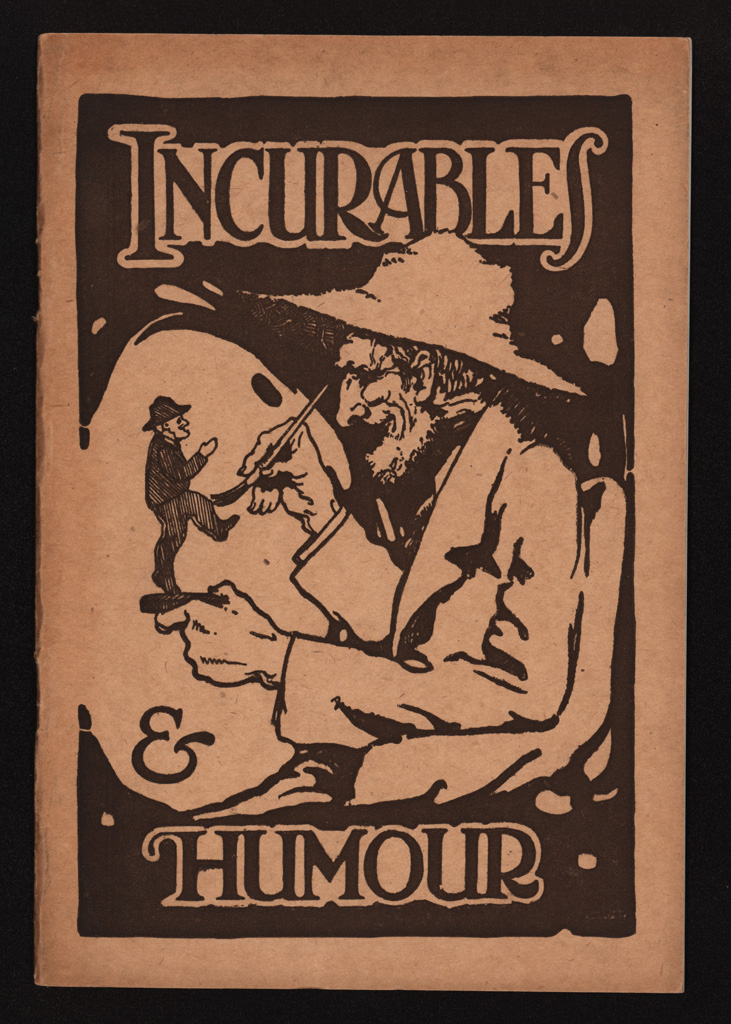 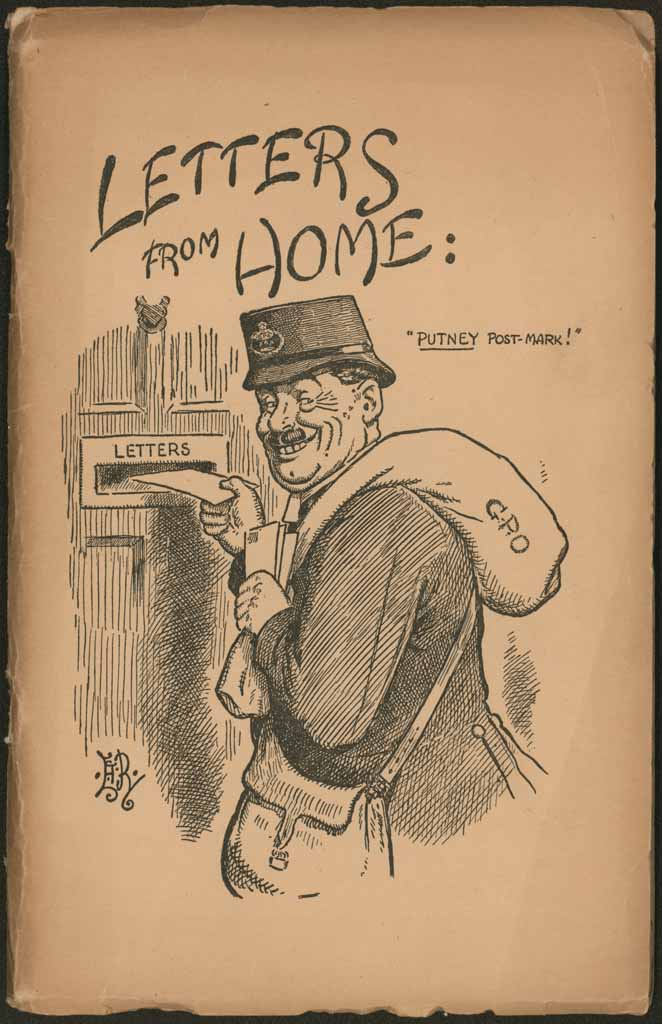 Of particular interest are the hospital’s subscription books, which list all the individual and group donors to the charity. The early volumes chart how the charity grew into a national institution and contain lots of useful information such as patient election results, memorials to influential members of the board, and even folded engravings of the hospital building. Between 1858 and 1901, they also include a copy of the annual report and financial accounts. In 1885, there was a drinks bill (mostly consisting of claret) for a total of £151. That’s the equivalent of £13,000 in today’s money. 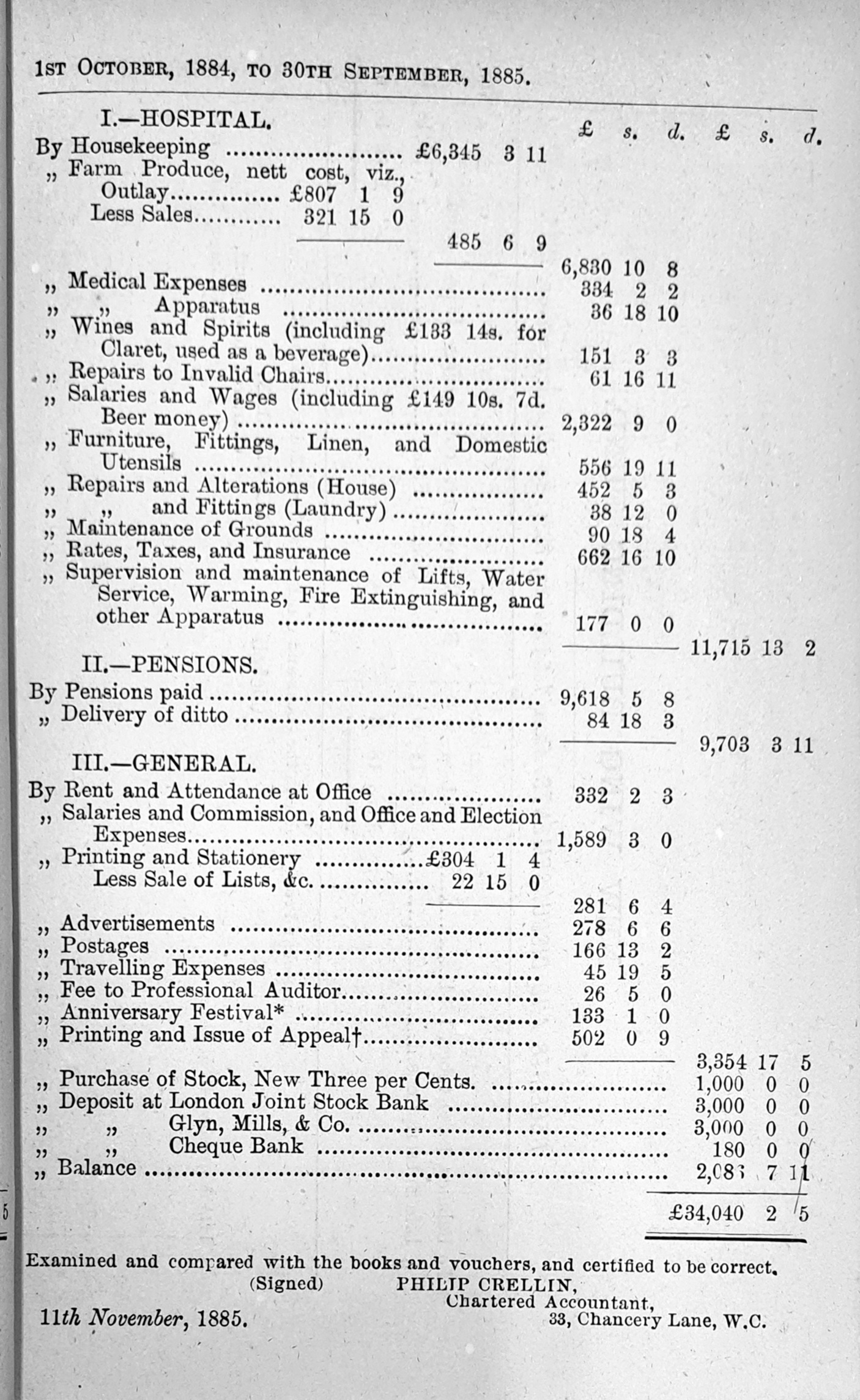