The hospital has always been referred to as the ‘Royal Hospital’, yet it wasn’t until 1903, almost fifty years after it was founded, that the Royal Family finally approved this. This bizarre state of affairs came courtesy of Rev Andrew Reed, who had suggested the name and was confident in his personal ability to deliver royal patronage, having done so with his other charities. Unfortunately, with the death of Prince Albert in 1861, with whom Andrew Reed was acquainted, and then Andrew Reed himself a year later, the institution was left with no connection to the inner circle of the Royal Family. Applications from the hospital were rejected in 1857 and 1864 by Queen Victoria’s privy secretary, Sir Charles Phipps, on the basis that the Queen would not want to be associated with an institution where people were not cured or medical science was not advanced.

But finally, in 1903, King Edward VII granted formal permission for the hospital to use the title ‘Royal’ in its name. The hospital received its original Royal Charter in 1919.

Conservation of the Royal Charters

Within the archive of the RHN, we hold the original charter of incorporation awarded by King George V and a supplementary charter awarded by Queen Elizabeth II in 1976. The original 1919 charter was comprised of five folded pieces of parchment secured together with a pamphlet stitch of green ribbon and a thick pale green thread. Surprisingly, the 1976 charter showed greater disrepair, with the parchment being cut up and glued back together to form one sheet rather than being two separate sheets rolled together. This charter had also become detached from the large acrylic seal, which would have hung at the bottom of the page. The seal displays detailed portraits of Queen Elizabeth II in relief, one portrait on horseback and the other a coronation portrait.

To ascertain the work and the cost of conserving these documents, we commissioned a conservation report on the charters from the National Conservation Service. The report recommended the cleaning and flattening of both charters. In addition, the acrylic Royal seal was to be re-attached to the 1976 charter. The charters would be scanned at high resolution before being rehoused in bespoke archival boxes.

The RHN agreed with the conservation treatment service outlined in the report, and conservation of the charters commenced in March 2019. The work was completed in April 2019 and the charters were returned to the RHN, and are now safely stored within our archive. 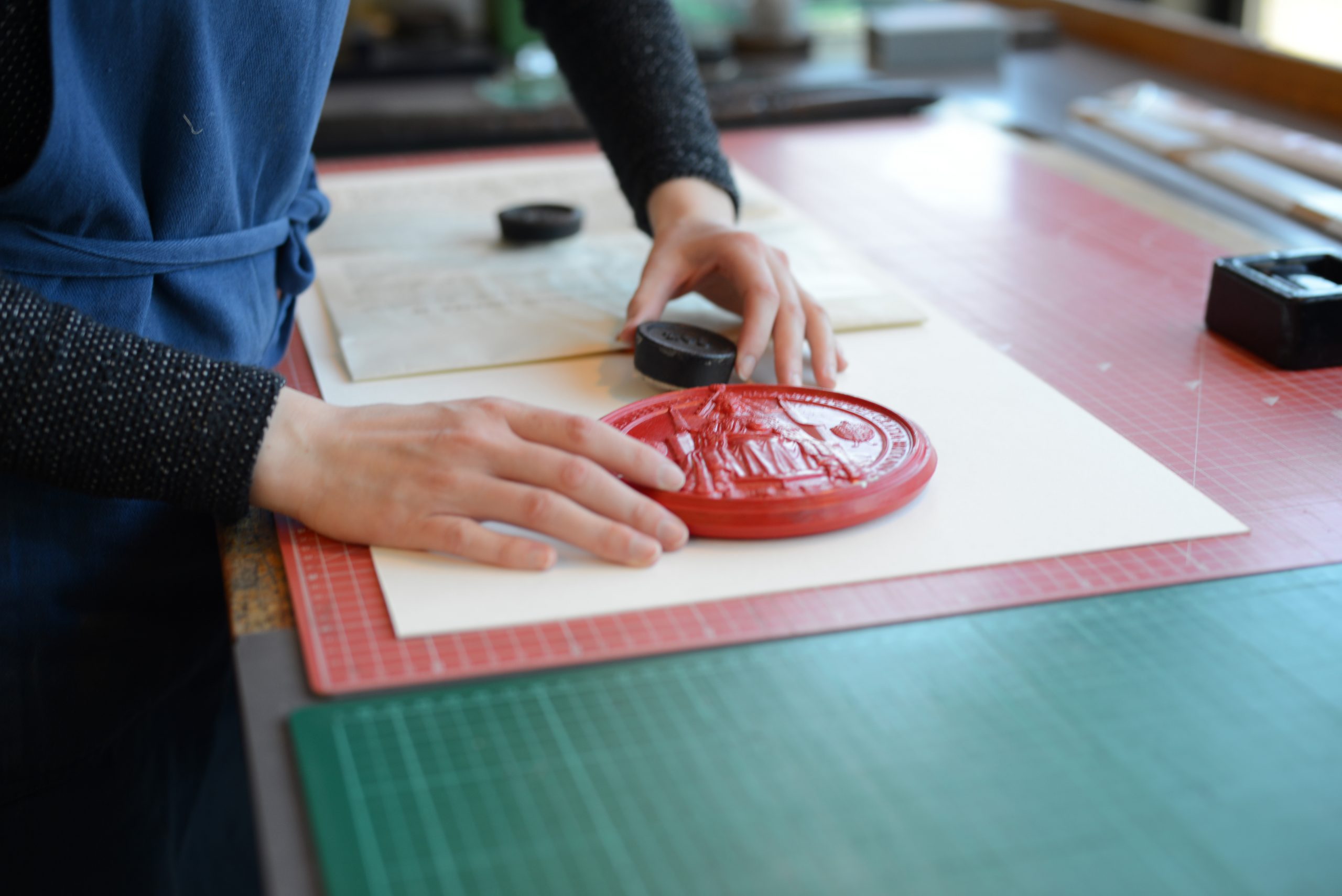 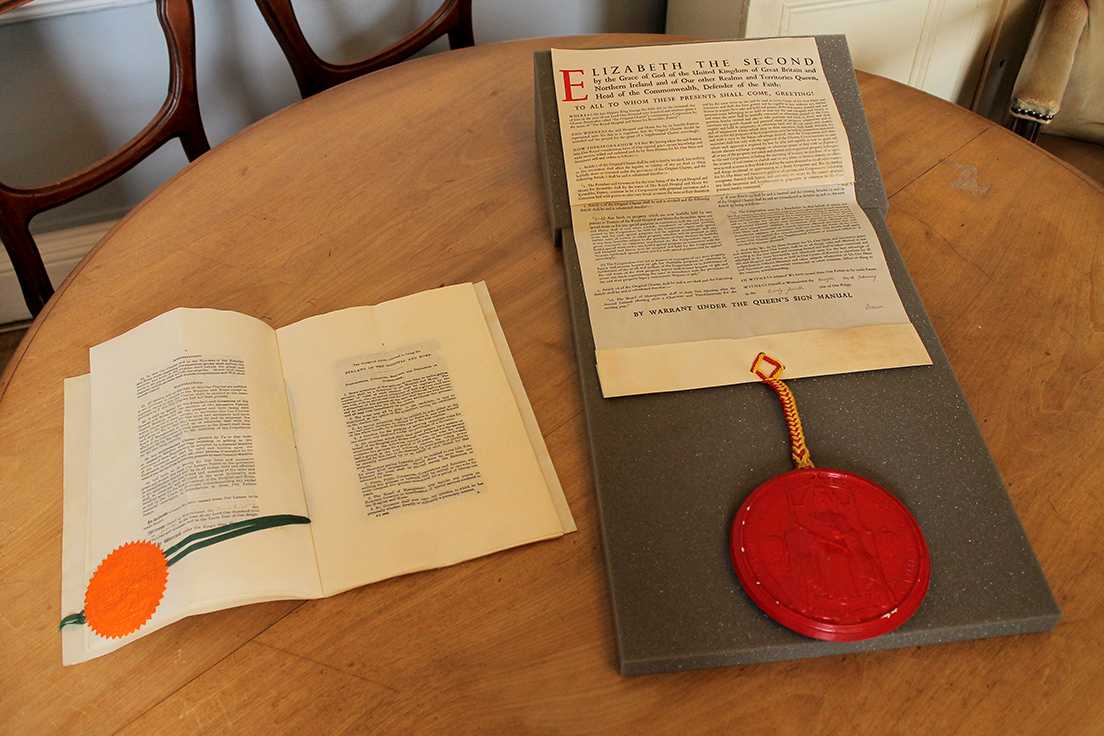 The hospital’s first Royal patron was Edward, Prince of Wales, who became patron in 1880. Royal patronage has continued ever since, including long patronage from HM Queen Elizabeth The Queen Mother. The current Royal patron is HM Queen Elizabeth II. She became a patron in 1952 and has visited the hospital on several occasions, opening Chatsworth Wing, Drapers Wing and the UK’s first dedicated Brain Injury Unit on Clifden and Devonshire wards. The hospital enjoys a very good relationship with Her Majesty. 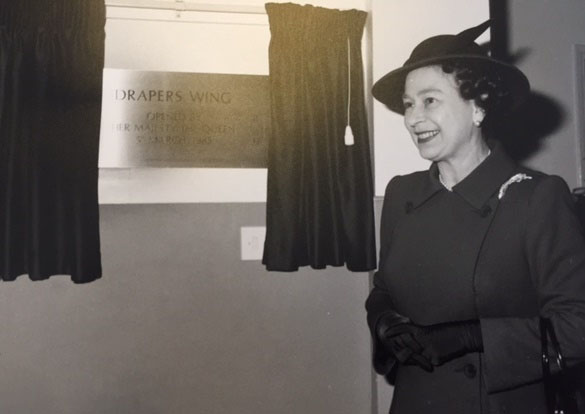 Every year, the RHN receives daffodils from the Queen’s Sandringham Estate. They are donated to hospitals across London in a tradition spanning over 30 years. The RHN delivers the flowers across hospital wards. The flowers are on display in the hospital’s main reception area for all patients, staff and visitors to enjoy.